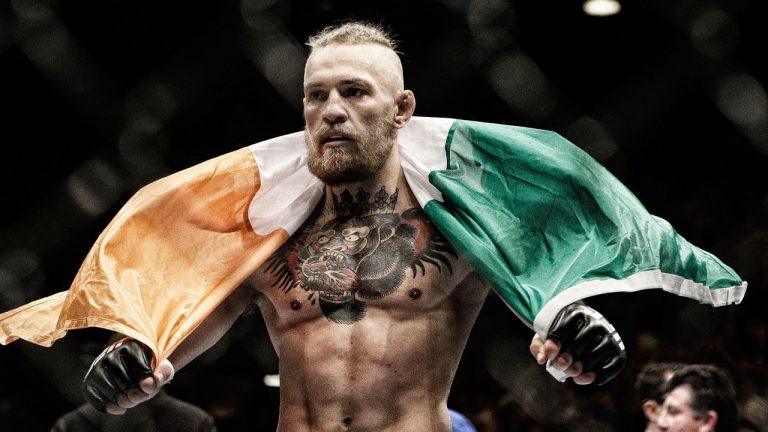 The cryptocurrency exchange Crypto.com has revealed the company has entered a partnership with Ultimate Fighting Championship (UFC) as the firm’s global fight kit partner. Reports stemming from people familiar with the matter say the partnership is a ten-year deal worth $175 million and the UFC’s largest sponsorship deal to date.

The digital currency firm Crypto.com has partnered with the UFC and will be the mixed martial arts (MMA) organization’s global fight kit partner. This means the Crypto.com brand will be featured on UFC fighter uniforms and the brand will be shown this Saturday, July 10, during the fight between Dustin Poirier and Conor McGregor. The UFC has been operated by Dana White since 2001 and since he became president of the MMA organization, the UFC has become a multi-billion-dollar enterprise.

According to unnamed sources speaking with publications like sportico.com and CNBC, the sponsorship deal is the largest in UFC history. Back in March, the UFC partnered with Draftkings in a deal that was reported to be worth $100 million. The people familiar with the matter have said the Crypto.com deal with the UFC was estimated to be around $175 million and for a ten-year period.

MMA Organization Has Cryptocurrencies On Its Radar

UFC COO Lawrence Epstein mentioned during the announcement that cryptocurrencies are now on the firm’s radar.

“If we had talked a couple of years ago, crypto might not have been on the radar, but it’s sort of a sign of the times,” Epstein said to sportico.com. “It’s new, but it’s moving quickly, and it’s very dynamic.” He also detailed that the company was attracted to Crypto.com’s young consumer base and demo. “In general, that consumer is younger, and based upon the data that we’ve seen, that consumer also has a fair amount of discretionary income. It’s an attractive group to try to get interested in your product.”

The deal between the UFC and Crypto.com follows the variety of partnerships between crypto firms and sports companies. FTX Trading Limited has led the pack when it comes to sports partnerships with recent deals with MLB, TSM, and even the Super Bowl champion Tom Brady. The NBA’s Portland Trail Blazers recently partnered with the crypto cashback company Stormx.

Crypto.com following this trend and the $175 million deal with UFC is quite a sizable investment if the unnamed sources are factual. Sources said during the first week of June, FTX paid roughly $200 million to rebrand the U.S. professional esports organization TSM.