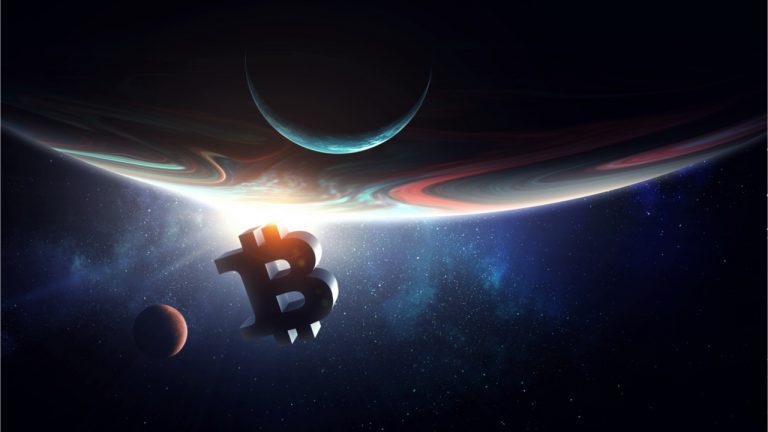 Despite the drop in value during the last three months, the leading crypto asset bitcoin is still the ninth most valuable asset in the world in terms of market capitalization. Moreover, bitcoin could flip some of the world’s most valuable assets in the future, as the crypto asset is 67% away from turning over tech giant Google’s overall valuation and other valuable companies and commodities.

Bitcoin: The Ninth Most Valuable Asset in the World in Terms of Market Capitalization

Bitcoin is still the ninth most valuable asset in the world according to assetdash.com statistics, the market capitalization web portal for global assets. Three months ago, bitcoin (BTC) touched an all-time high (ATH) at $64,895 and the price is still more than 45% below that range.

The leading crypto asset also touched a low ten days ago at $28,600 per unit but managed to recover around 14% of the losses since then. Of course, at ATH bitcoin held a much higher position on assetdash.com’s list, outpacing companies like Facebook (Nasdaq: FB). On Saturday, bitcoin’s (BTC) market valuation jumped over Berkshire Hathaway (NYSE: BRK.A).

Bitcoin (BTC), with its $648 billion market valuation, is still among the top assets in the world above firms like JPMorgan Chase, Nvidia, Visa, Alibaba, and Taiwan Semiconductor Manufacturing Company (TSMC).

The market capitalization of bitcoin is double the size of valuations for companies like Toyota, Procter & Gamble, and Walt Disney Company. Bitcoin’s valuation is four times the size of businesses like Phillip Morris, the Royal Bank of Canada, Anheuser-Busch, and Citigroup.

The creators of assetdash.com also developed another page called the “BTC Flippening” which shows how close the crypto asset is to surpassing the nine other leading asset valuations. For instance, bitcoin is very close to surpassing Tesla as it is roughly 1% away from jumping over the electric car company’s valuation. 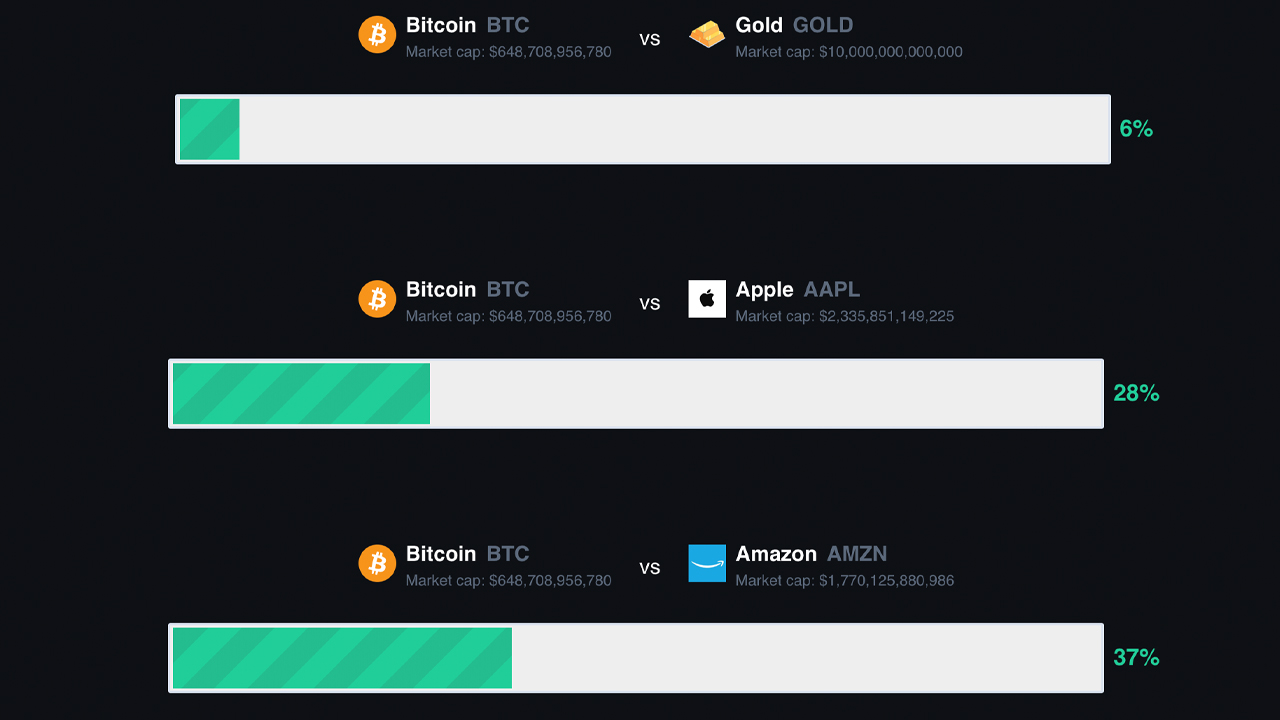 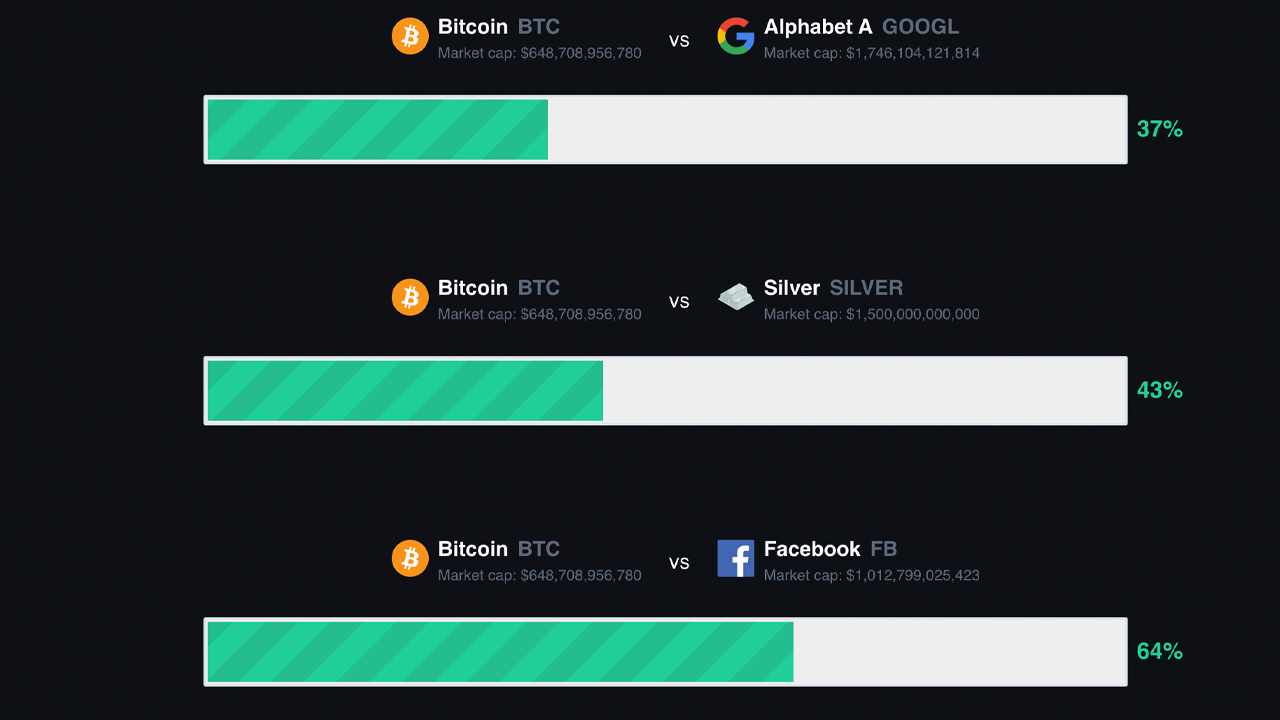 Ethereum’s valuation isn’t too shabby either, as it holds a $258 billion capitalization at the time of writing. This puts ethereum’s (ETH) valuation at the 35th position above valuable companies like Netflix, Verizon, Coca-Cola, and Vanguard.

The third-largest cryptocurrency valuation, which belongs to tether (USDT), has an overall capitalization of around $62 billion, while cardano (ADA) has $45.3 billion. Both USDT and ADA don’t make the assetdash.com list, as the 100th position is held by Toronto Dominion Bank with its $128 billion market valuation.

What do you think about bitcoin still being the ninth most valuable asset on the planet today? Let us know what you think about this subject in the comments section below.