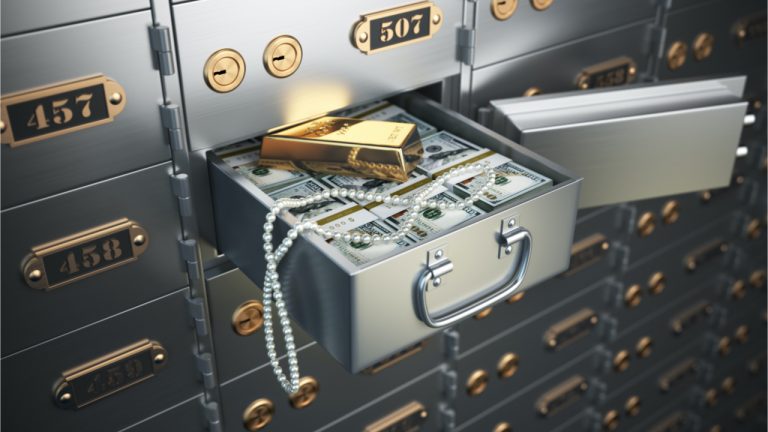 The Federal Bureau Investigation (FBI) is under fire for an alleged unconstitutional seizure of 800 safety deposit boxes in Beverly Hills. According to reports, the FBI confiscated $86 million in cash, jewelry, and thousands of gold and silver bars. Box holders and their lawyers are calling out the federal law enforcement agency for lacking sufficient proof that the boxes held evidence of being tied to specific crimes.

The FBI has seized over 800 safety deposit boxes that were located in Beverly Hills and held at the U.S. Private Vaults store. Reports note that the FBI got an order from a California magistrate to seize the store’s “business equipment” that ostensibly was tied to a money laundering case. The order barred the searches of the safety deposit box contents, explains the LA Times reporter Michael Finnegan.

“This warrant does not authorize a criminal search or seizure of the contents of the safety deposit boxes,” the order signed by U.S. Magistrate Steve Kim clearly says.

The owners of the safety deposit boxes and their attorneys believe the FBI has done them wrong. To date, 11 lawsuits have been filed by safety deposit box holders against the federal agency. Lawyers representing a large number of box holders said the federal law enforcement agency did not obtain a standard issued warrant that notes probable cause. Benjamin Gluck, a lawyer who represents U.S. Private Vaults store box holders believes the FBI broke standard protocol.

“[The government] can’t take stuff without evidence in the hopes that you’re going to get it later,” Gluck told the LA Times. “The 4th Amendment and the forfeiture laws require the opposite — that you have the evidence first, and then you can take property.” Speaking with the publication Reason, Gluck noted that the federal agents are holding people’s money hostage. Gluck said:

It was improper that the government seized these possessions in the first place, unconscionable that they are using them as hostages to pressure owners to divulge private information, and outrageous that they apparently treated the possessions so carelessly that they seem to have lost at least some of them.

A Lawyer for a Safety Deposit Box Owner Says: ‘The Constitution Does Not Abide Guilt by Association’

Joseph Ruiz lost his life savings in the FBI raid and said federal agents took $57K in cash. Ruiz obtained the funds in documented legal settlements and the FBI has given him no explanation. “They just kind of stole my money,” Ruiz said. “I’m made out to be a criminal, and I didn’t do anything. I’m a law-abiding citizen,” he added.

“They throw people like Joseph into this upside-down world where they did nothing wrong, but they’re forced to come forward to litigate against the government just to get their property back and prove their own innocence,” Robert Frommer, an attorney for Joseph Ruiz explained in an interview.

Frommer works for the libertarian law firm Institute for Justice and wrote an editorial about the FBI in the Orange County Register. “The constitution does not abide guilt by association,” Frommer argues. “What the government has done here is completely backward. The government cannot search every apartment in a building because the landlord is involved in a crime. After all, when somebody rents an apartment, that apartment is theirs,” the attorney added.

Despite the accusations, the FBI denies that the federal agency did anything wrong. A spokesperson for the FBI, Thom Mrozek, denies the federal agency misused its authority and noted that funds were allegedly tethered to misdeeds. Mrozek said that large stacks of cash kept by a person with no source of income can lead to forfeiture. “We have some basis to believe that the items are related to criminal activity,” Mrozek insisted during his interview.

Federal seizures like this highlight the benefits of crypto assets like bitcoin (BTC), ethereum (ETH), and bitcoin cash (BCH), which are much harder to confiscate than boxes filled with cash and jewels. Countless reports over the last decade show law enforcement agents illegally taking people’s life savings for traveling with large bundles of cash or precious metals. These legalized pirates have taken $46 billion from forfeiture cases (data from 2000 to 2019) and the U.S. federal government has kept the lion’s share of the funds.

In fact, U.S. law enforcement rakes in billions a year in forfeiture cases, and many never get investigated. The abuse has led to unprecedented levels of abuse to the point where human rights groups have dubbed the action ‘policing for profit.’ The massive stash of cash and jewels taken yearly by the feds doesn’t even account for the colossal quantity of land seizures federal agencies take in forfeiture cases.

An attorney for an anonymous box holder, Jeffrey B. Isaacs, says his unidentified client “James Poe” believes he did nothing wrong. Isaacs insisted that the FBI’s recent Private Vaults store raid is one of the most profound “illegal search and seizure as I’ve ever seen.” Prosecutors are attempting to “extort people into exposing their identities in order to investigate them. It’s unprecedented, and I think it’s very dangerous,” Isaacs concluded.

What do you think about the FBI confiscating 800 safety deposit boxes in Beverly Hills and claiming the funds were “related to criminal activity?” Let us know what you think about this subject in the comments section below.