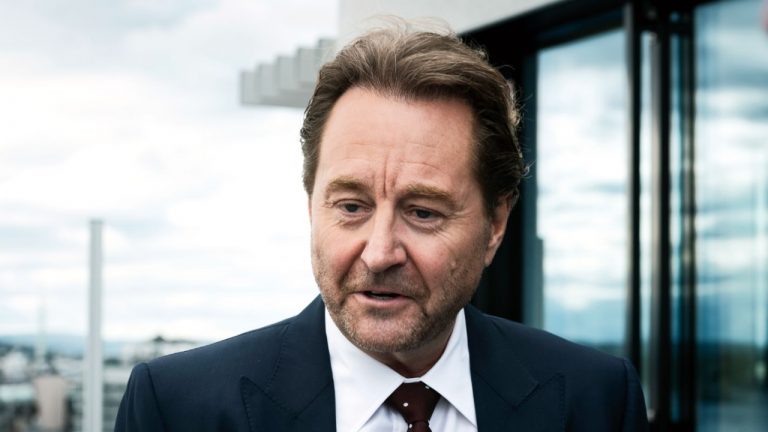 Norwegian billionaire Kjell Inge Rokke says bitcoin becoming mainstream is inevitable. Unlike Tesla, which stopped accepting cryptocurrency, Rokke’s company is now considering accepting bitcoin as a means of payment, emphasizing that Elon Musk’s comments about the cryptocurrency’s environmental issues have not changed anything.

Norwegian oil billionaire Kjell Inge Rokke believes that bitcoin could be worth millions of dollars. He owns almost 70% of the industrial investment company Aker ASA, which owns oil producer Aker BP that recently branched out into green technology and renewable energy.

Rokke’s enthusiasm for bitcoin has made an impact on Aker, which now says it is open to the idea of accepting payments in BTC, Bloomberg reported Saturday. “We’re curious about this technology,” Aker CEO Oyvind Eriksen was quoted as saying.

He explained that the payment system has not been configured to accept cryptocurrency yet, but noted that “things happen very quickly here.” In addition, Eriksen emphasized that he is “no stranger” to the idea of receiving payments in bitcoin.

Aker’s comment followed the announcement by Elon Musk’s Tesla, which has suspended accepting bitcoin for payments. “We are concerned about rapidly increasing use of fossil fuels for bitcoin mining and transactions, especially coal, which has the worst emissions of any fuel,” Tesla said.

In response to comments by Tesla and Musk about bitcoin’s environmental issues, Aker affirmed that Musk’s latest comments “haven’t changed anything.”

In a letter to shareholders earlier this year, Rokke said that bitcoin’s entry into the mainstream economy is inevitable. Despite the cryptocurrency’s volatility, he wrote:

The question is not if, but when … We have to ex­pect a lot of volatil­i­ty. But we don’t care, because we be­lieve in the long-term functionality.

In March, Rokke established a bitcoin investment company called Seetee AS with an initial capital injection of 500 million kroner ($60 million). He explained that Seetee’s liquid assets will be in bitcoin.

Rokke’s enthusiasm about bitcoin has also attracted another Norwegian billionaire to the cryptocurrency. Øystein Stray Spetalen said in April that he bought some BTC after he read that “Røkke had gone into bitcoin.” He admitted, “I cannot bear to see that Røkke makes money and not me.”

What do you think about Rokke’s bitcoin comments and Aker’s strategy? Let us know in the comments section below.