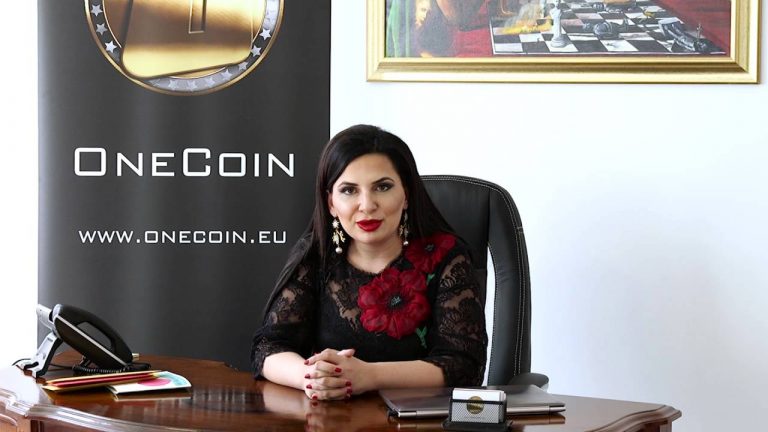 One of the ringleaders of the largest crypto Ponzi schemes, Onecoin’s Ruja Ignatova, otherwise known as the “Cryptoqueen,” allegedly owns 230,000 bitcoin worth over $11 billion today. Court documents filed by victims of the Onecoin scheme indicate that she received the bitcoins from a member of an Emirati royal family in Dubai.

Onecoin’s Cryptoqueen May Have $11 Billion in Bitcoin

Onecoin’s Ruja Ignatova is a mysterious woman who has been on the run for over three years now. Ignatova founded Onecoin in concert with Sebastian Greenwood and her brother, Konstantin Ignatov. The Onecoin Ponzi was a multi-level-marketing (MLM) venture that featured packages that were ostensibly tethered to a blockchain network.

Ignatova and her cohorts told the public that Onecoin would be the most dominant crypto asset and eventually be a “bitcoin killer.” Due to its organizational structure and fraudulent claims, the crypto community immediately warned people about Onecoin’s operations.

Onecoin started on September 16, 2014, and by 2015, Bulgaria’s Financial Supervision Commission (FSC) issued a warning about the project. The Ponzi’s headquarters was Bulgaria-based, however, it was registered as an offshore company in Dubai and its subsidiary Onelife Network was registered in Belize.

At the end of 2016, cracks started to show and investigators said the project never used any type of blockchain technology. In 2017, U.S. law enforcement sent a secret warrant for Ignatova’s arrest and the Cryptoqueen disappeared.

Sebastian Greenwood was arrested in 2018 and her brother Konstantin Ignatov was arrested in Los Angeles in March 2019. Since then, the founders have been dealing with a few court cases as U.S. prosecutors alleged Onecoin fraudulently took in $4 billion from global participants.

Konstantin Ignatov pleaded guilty to fraud and money laundering in November 2019 but the Cryptoqueen has never been caught. Now a court filing from victims of the Onecoin scheme shows that Ruja Ignatova may have billions in bitcoin.

Reports indicate that the Cryptoqueen may have an account in Dubai worth $500 million but documents also allege that Ruja Ignatova could have obtained 230,000 BTC. The reports claim that she got the $11 billion worth of bitcoins from Sheik Saoud who is the son of one of the wealthiest individuals in Dubai.

The exact details of the transactions are unclear but the deal allegedly took place in October 2017 when BTC was trading for around $6k per unit. Behind MLM says that the Cryptoqueen’s alleged relationship with Sheik Saoud “came with perks.”

“The Ponzi scheme funneled billions to banks and real estate in Dubai where they were allegedly aided by His Excellency Sheikh Saoud bin Faisal Al Qassimi and a former real estate agent Mimoun Madani,” Steves wrote. The reporter also described the transaction between the wealthy individuals based in the UAE who allegedly gave her thousands of bitcoins. The article notes:

Sheikh Al Qassimi, in a well-documented and witnessed transaction, handed four hard wallets (USB devices) containing 230,000 Bitcoins then worth about $50 million in exchange for the now frozen [Onecoin] bank accounts, other assets, and real estate in the UAE worth perhaps $1 billion.

Behind MLM researchers say that Ignatova’s disappearance has been attributed to a few locations and possibly death. A myriad of reports over the last few years assume Ignatova could be located in the UAE region, Russia or Greece. The researchers further explain that the United Arab Emirates and the United States do not share an extradition treaty.

The attorney representing the victims Dr. Jonathan Levy blames the situation on the digital currency ecosystem in general.

“Regulators seems oblivious to the fact the cryptocurrency’s main purpose is to facilitate and reward criminals like Ruja Ignatova. It is no coincidence that Ignatova is the main beneficiary of the Bitcoin bubble,” Levy, the plaintiff’s attorney stressed.