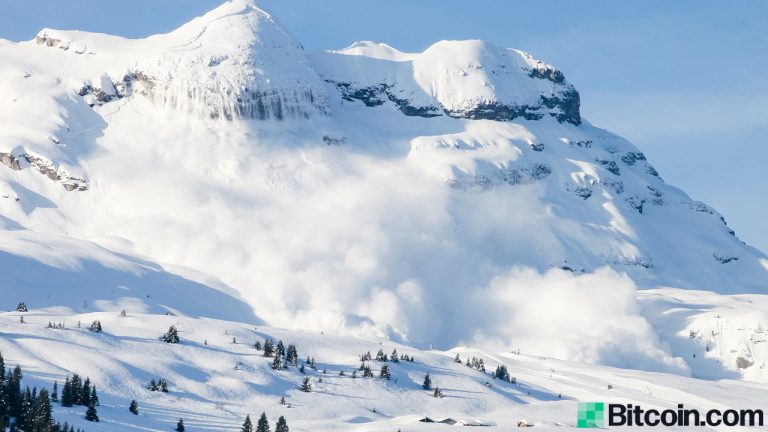 The Avalanche cryptocurrency, the first cryptocurrency ever to implement the Avalanche consensus, experienced an outage of service yesterday when its web wallet presented an outage that lasted for six hours. This was the consequence of severe congestion due to an airdrop carried out by AvaLaunch, leaving users without control of their funds for this period.

The Avalanche Web Web Wallet, the official wallet for the AVAX cryptocurrency, experienced an outage yesterday that left customers without control of their tokens for six hours. According to official reports taken from status.avax.network, the page that monitors the state of every component of the Avalanche network, the outage started at 18:05 UTC, when web wallet nodes started experiencing a sharp uptick in API traffic.

After some users complained about not being able to see access funds in the wallet, it was taken into maintenance mode at 18:4 UTC due to:

The issue is believed to have been caused by an airdrop carried out by Avalaunch, a launchpad for tokens in the Avalanche network that would deliver XAVA (its official token) to validators and delegators staking AVAX. The team announced the time for the airdrop snapshot in advance on a medium article, hat caused users to hurry up to stake or validate tokens to be also part of the giveaway, derivating in these issues.

In another cryptocurrency environment, the failure of a single wallet is not a cause for concern, since there is a myriad of options for uses to manage their funds at any given time. However, the Avalanche blockchain relies only on this web wallet to serve the totality of its users, and while some other wallets have been proposed, there are still no usable alternatives at the moment.

The incident was resolved on May 4, 02:29 UTC when the wallet team implemented a fix and rolled it out progressively. In spite of this fix, Binance has halted withdrawals for the currency at the time of writing.

Not the First Bump in the Road

This has not been the first problem that has affected the Avalanche network in a significant way. Back in February, part of the network was practically halted due to a heavy load on the systems managing a cross-chain bridge when the Pangolin exchange, the first decentralized exchange on the blockchain, was launched.

The bug triggered an invalid mint of tokens in one of the chains and prevented users from accessing and transacting their funds for more than 30 hours.

What do you think about the problems with the Avalanche Web Wallet? Let us know in the comments section below.