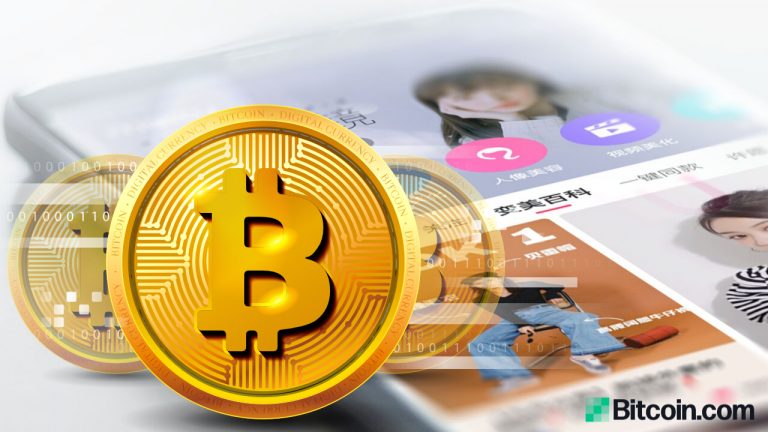 One of China’s top internet app makers, Meitu Inc., has purchased more bitcoin for its treasury. The company now holds about $90 million in cryptocurrencies. Meitu is listed on the Hong Kong stock exchange and its flagship app has more than 1 billion users worldwide.

Meitu Inc. announced Wednesday that its wholly owned subsidiary Miracle Vision has acquired more bitcoin and ether in open market transactions. This is the second purchase announcement by the company. Meitu is listed on the Hong Kong stock exchange under the stock code 1357.HK.

The group has accumulated a net purchase of approximately US$90 million worth of cryptocurrencies.

“Settlement of the cryptocurrencies acquisitions took place immediately after the respective purchase orders were made and completed on March 17, 2021,” the company confirmed.

Founded in 2008, Meitu is one of China’s top internet enterprises utilizing AI-driven image-and-video processing technologies for editing user-generated mobile content. According to its website, the company’s flagship app has accumulated more than 1 billion users worldwide. As of June 2020, there are 2.08 billion unique devices with Meitu’s products activated on them, and a total of 295 million monthly active users of Meitu apps. Meitu’s total number of overseas users has exceeded 823 million users.

“The cryptocurrencies acquisitions were funded by the group’s existing cash reserves other than any remaining proceeds from the company’s initial public offering,” the announcement notes, elaborating:

The board believes cryptocurrencies have ample room for appreciation in value and allocating part of its treasury in cryptocurrencies can also serve as a diversification to holding cash (which is subject to depreciation pressure due to aggressive increases in money supply by central banks globally) in treasury management.

Do you think Meitu will keep buying bitcoin? Let us know in the comments section below.