BTC Miner Stresses: ‘Bitcoin is One of the Most Environment-Friendly Financial Networks’

BTC Miner Stresses: ‘Bitcoin is One of the Most Environment-Friendly Financial Networks’ 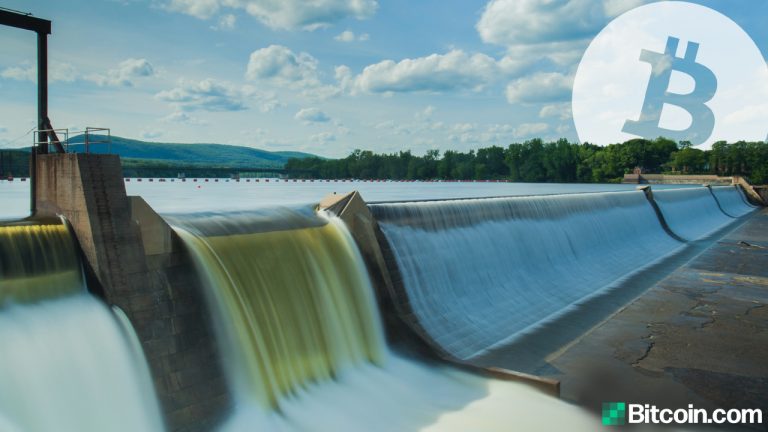 While bitcoin has been gathering widespread attention with prices touching all-time highs, mainstream pundits have tried to attack the leading crypto asset for its energy consumption. It seems a new ‘bitcoin is bad for the environment’ editorial is published nearly every week by mainstream journalists, tech authors, and climate activists. This week a representative from the crypto company and dedicated mining operation, Bixen explained that it is wrong to assume that bitcoin mining is unsustainable to the global environment.

Ever since bitcoin (BTC) and a number of other digital assets touched fresh new price highs, the crypto assets have seen mainstream attention. Moreover, a lot of journalists and popular pundits have focused on the energy consumption the Bitcoin network leverages. This has been happening every week since BTC prices have grown hot, and it happened a lot in 2017 as well.

For instance, on March 11, the climate activist, clean tech author and analyst, Ketan Joshi, wrote an editorial that is no different than the slew of unresearched attacks against the Bitcoin network’s electricity consumption.

“Bitcoin has three problems: energy hunger, fossil industry partnerships, and classic libertarian loathing of renewables and climate action,” Joshi tweeted to his 43,000 Twitter followers. “Combined, they mean Bitcoin is a mouth hungry for fossil fuels,” he added. Of course, the editorial barely touched upon renewable energy resources used by a great number of bitcoin miners and attacked fossil fuel firms for something they already do anyway- flare excess natural gas.

Mustafa Yilham, a representative for Bixen, a cryptocurrency firm that participates in mining bitcoin, has recently explained how many of these ‘bitcoin is bad for the environment’ pundits are wrong.

Yilham can actually speak on the matter with expertise, rather than critics like Ketan Joshi and the myriad of mainstream commentators who spend very little time researching this subject. Bixen’s mining operation commands roughly 2.5% of the entire BTC hashrate, which is around 170 exahash per second on Monday, March 15.

“We always hear [the] argument [that says] Bitcoin consumes more energy than XYZ, therefore it’s inefficient,” Yilham tweeted. “You have to look at two things in this argument; What type of energy does Bitcoin consume? Where would that energy go without Bitcoin?” As a miner, Bixen’s primary goal is “to use cheapest electricity rate available.”

This happens to be renewable energy sources like hydropower and flare gas from excess waste. Yilham explained that in China, where a large portion of the global BTC hashrate resides, “miners migrate to different regions based on season.”

“During summer mining operations are mostly based in Sichuan & during winter it’s primarily based in Xinjiang/Inner Mongolia,” Yilham stressed. “During [the] rainy season, Sichuan produces Excessive Hydropower. Keywords: Excessive [and] Hydro. The problem is winter, there is not enough rain, so miners need to move to other regions such as Xinjiang & Inner Mongolia, and these regions are currently producing more than 50% of their electricity through thermal energy, aka…burning coal,” Yilham added.

Despite the move to a region that burns coal, Yilham highlights that things are changing rapidly.

“In 2021, 43.4% of the energy on Xinjiang electricity grid was renewable, and [XinJiang] expects to further increase [renewables] in coming years,” Yilham said. “During winter, miners purchase electricity through [the] grid, like other industries, and we don’t get to [choose] what type of energy goes on [the] grid. That’s a policy decision. We try our best to [choose] locations with more renewable energy, and intentionally or not, that is happening,” he said.

The Bixen representative also emphasized that BTC mining only accounts for around 1% of the electricity used in areas like Xinjiang and Inner Mongolia during winter. “Xinjiang has a massive energy production, and expects to further support over 20 other states in China,” Yilham said.

“Since we are using [the] grid, here is a really important question, without Bitcoin mining, would it decrease [the] region’s energy production capacity? The answer is most likely no. The excessive energy would simply get transferred to other states or businesses. We have that infrastructure,” the Bixen representative added.

Bitcoin is probably one of the MOST Environmentally-friendly financial ‘industries.’ Because we can migrate during seasons and maintain 100% renewable during summer and over 40% renewable during winter. Renewable rates will further increase soon. Can Visa do that?

Yilham’s testament to what’s really happening in places like China where bitcoin mining is concentrated, shows that BTC mining is far more energy-efficient than traditional payment rails. Moreover, the crypto asset is voluntary by nature and pundits should really consider the cost of the military backing used to sustain the United States dollar.

Yilham adds that his perspective stems from “situations in China.” “Other regions such as Siberia, Iceland, Sweden, are probably close to 100% renewable,” he added. “And I didn’t even mention how Bitcoin mining is helping to resolve flare gas issues.” Climate activists and members of the ‘bitcoin is bad for the environment’ camp never explain what should be done with gas flaring.

Because a number of miners leverage gas flare to mine it helps reduce the 1% of man-made atmospheric carbon dioxide emissions globally. Reducing is far better than adding to it in the eyes of many Bitcoin proponents who understand that the energy complaints are full of hot air.