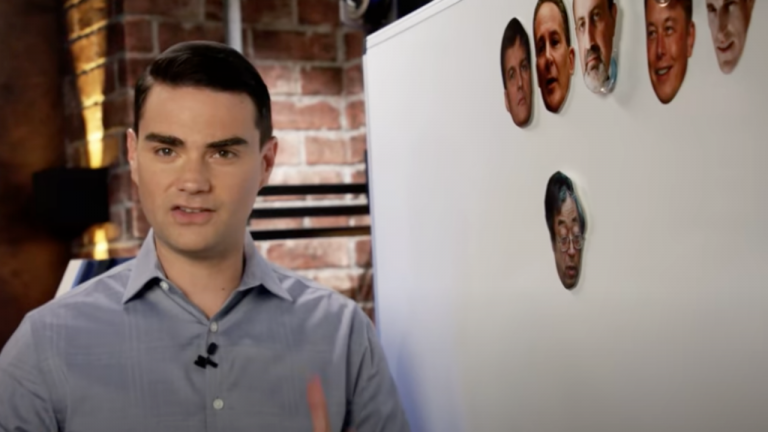 The highly popular right-wing commentator devoted a 15-minute Youtube video to inform his followers of the merits and potential that bitcoin, and cryptocurrencies, in general, as an anti-government monetary system. The grassroots embracement of bitcoin is the first of its kind in the alt-right American universe.

On March 7, 2021, Ben Shapiro, a prominent American conservative political pundit, released to his Youtube channel a video titled “Bitcoin: The Future of Finance or Fool’s Gold?”. In three days the video accumulated more than 800,000 views, suppressing Aatonop’s flagship video, “Introduction to Bitcoin: what is bitcoin and why does it matter?” that took four years to get to his current 733,000 views.

This is the first time Shapiro discusses bitcoin, cryptocurrencies, or finance in general.

The 15 minute Shapiro video is vastly different from Andreas Antonopoulos’s. While Antonopoulos speaks to the tech crowd and focuses on the blockchain innovation that enables bitcoin, Shapiro explains the crypto world in the most basic terms, as if he knows that his viewers are encountering the concept of fiat-vs-crypto for the first time.

The fact that Shapiro chose to introduce cryptocurrencies and bitcoin to his 2.87 million subscribers is an eye-widening moment in crypto acceptance and adoption in the U.S. in its most folksy form. Shapiro isn’t perceived like Elon Musk or Mark Cuban, billionaire public figures in the tech arena that are followed by the in-crypto crowd. Shapiro is considered a man of the people, a political pundit that is followed by the alt-right crowd – republican, conservative, middle-of-America working-class people.

For readers of news.Bitcoin.com, it might be hard to imagine a world devoid of crypto. But this world does exist, and it’s far larger than the crypto world. Shapiro’s attempt to break the barrier between these two worlds is indicative of the massive inroads bitcoin has made in 2020 and the first quarter of 2021, on its path to be fully embraced by the mainstream.

After explaining the monetary concept that fiat currencies are predicated on, Shapiro, as an intro to explaining what actually bitcoin is, says this:

This is a direct reference to Libertarian thinking in the U.S., and it’s not hard to see where Shapiro is heading here. Cryptocurrencies, in essence, are a Libertarian dream come true – a monetary system with zero governmental oversight, which collides perfectly with the Libertarian dogma that the government should “stay out” of people’s lives altogether.

If until now Libertarian talking points revolved around the size of government, taxes, gun ownership, and even cannabis, now the holy grail of libertarianism is becoming a reality – a non-governmental economical system. Shapiro doesn’t utter the word “libertarian” throughout the entire video, but he keeps hammering over and over again the point of people losing faith in the governmental monetary system, the dollar, and turning to bitcoin for rescue.

It would be interesting to see if other prominent libertarian figures in the U.S., like republican senator Rand Paul, or former governor and Libertarian Party 2016 presidential nominee Gary Johnson, 2020 presidential nominee Jo Jorgensen would soon jump on the crypto wagon as well, shilling bitcoin as the ‘People’s Money.’

This is how Shapiro concluded his video:

And then, finally, gives his seal of approval:

My feeling is, that over time, cryptocurrencies, particularly ones that find their place in the market as bitcoin has, I think that those are going to rise. I think as we have less and less faith in centralized governments, and it seems to me that we are right now…

An anecdotal proof that Shapiro isn’t a crypto-head comes at about the five-minute mark when he dives into what bitcoin is. This is what Shapiro says about bitcoin’s creator:

So who created the bitcoin? Supposedly he’s name is Satoshi Nakamoto. Now the reason I say supposedly is because nobody really knows who created bitcoin. It’s supposedly this guy, who is supposed to be 40? And from Japan?

Do you see cryptocurrencies getting “politicized” in the future? Let us know what you think in the comments section below.