$1 Million per BTC in 10 Years: ‘In Terms of Dollars Bitcoin Is Going to Infinity,’ Says Kraken CEO

$1 Million per BTC in 10 Years: ‘In Terms of Dollars Bitcoin Is Going to Infinity,’ Says Kraken CEO 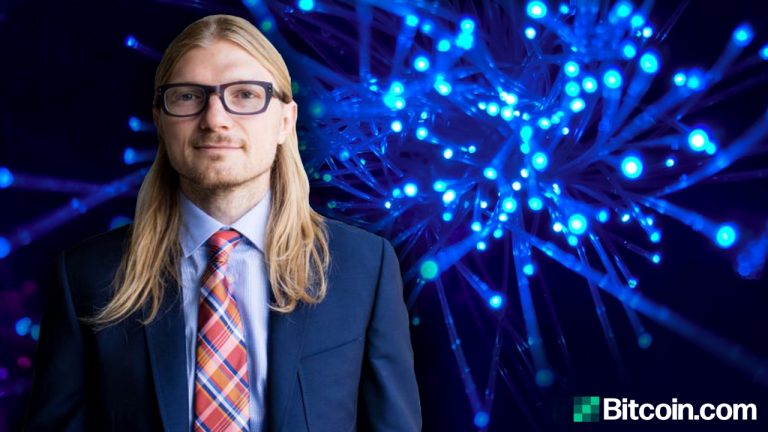 While bitcoin prices have been coasting along between $46k to $48k during the last three days a number of proponents are still bullish about the crypto asset’s long-term value. On Thursday, Kraken CEO Jesse Powell said that he thinks bitcoin could easily reach a million-dollar valuation per coin. “When you measure it in terms of dollars, you have to think it’s going to infinity,” Powell insists.

Bitcoin to Infinity and Beyond

During the last few weeks as bitcoin (BTC) prices saw a climactic rise above the $58k handle a number of crypto proponents and analysts think BTC could region six-digits in USD value. There have been a lot of calls suggesting BTC will reach $100k this year and even people who say it could hit $200 to $350k per unit.

After bitcoin touched an all-time high (ATH) on February 19, 2021, on Thursday the CEO of the cryptocurrency exchange Kraken told Bloomberg reporter Lynn Thomasson that he believes the leading asset could make it to $1 million someday.

Not too many people call seven-digit BTC prices but Jesse Powell, Kraken’s CEO said; “We can only speculate, but when you measure it in terms of dollars, you have to think it’s going to infinity.”

The founder of the San Francisco trading exchange said that “true believers” think BTC could replace all the global currencies. “The true believers will tell you that it’s going all the way to the moon, to Mars, and eventually, will be the world’s currency,” Powell detailed in his recent interview.

Kraken Research: ‘Long-Term Trends Show We Are Still Far Away From a Major Market Cycle Top’

Kraken also published a February 2021 market recap on Friday, which looks at a number of key takeaways. A few of them being, BTC’s Logarithmic Regression Retracement data, bitcoin’s price returns, and volatility, alongside other digital assets in the crypto economy.

Powell is also optimistic about BTC’s steady rise and the leading crypto asset’s value against the U.S. dollar. “[The U.S. dollar] is only 50 years old and it’s already showing extreme signs of weakness, and I think people will start measuring the price of things in terms of Bitcoin,” Kraken’s Powell concluded.