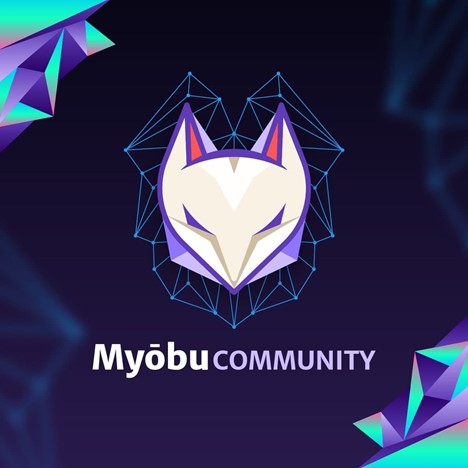 The cryptocurrency industry is never boring, but it is worth saying that it is not exactly fun, either. Sure, it can be exciting, interesting, intimidating, and filled with countless other emotions, but not a lot of people would say that it is fun. After all, many would agree that it is not a good idea to mix fun with money and that trading requires logic and a lack of emotions. Which is true.

However, there are ways to make it interesting and fun without exposing yourself to the risk of having emotions get in the way of making good investing decisions, and a project called Myōbu found the best way to make it happen.

Myōbu is a new project, inspired and named after the celestial fox, commonly known for its ties to the Japanese god of harvest, Inari. The fox spirit is known for positive emotions, such as hope, fun, entertainment, generosity, and alike, and the project aims to stay true to this as much as possible.

Myōbu actually emerged for two reasons — to make investing more secure by preventing massive sell-offs, and to make participating in its project as fun as possible. It prevented sell-offs that have already destroyed countless projects’ prices by introducing certain limitations. For example, there are cool-down periods after each consecutive sale that are becoming increasingly longer. There are taxes and fees that are also growing with each consecutive sale. And, the biggest sale that one can make at one time can only have a 2.9% impact on the price.

If the impact of the sale is estimated to be larger, then it will not be allowed, forcing users to enter multiple smaller sales, which brings the mentioned penalties.

Meanwhile, the project aims to make things fun for the users by utilizing a so-called Fox Hole Fund, which is a special fund meant to be used for organizing various events, contests, lotteries, and alike, where users can compete and win rewards.

One such event was planned only recently, and the details were published last Friday, July 2nd.

On July 2nd, Myōbu announced a new charity giveaway called EURO 2020. The rules are quite simple — the community members get to vote on who they think will win the quarterfinals, semifinals, and finals for EURO 2020 in a poll. If they choose correctly, then the project will donate ETH from the Fox Hole Fund to charity.

As for how much will be donated, that will depend on how many goals the winning team scores. Penalties will not be included in the final count. The idea is to donate:

One important thing to note is that this will happen if the community picks the winning team. However, if they get it wrong, there will still be a donation, only it will result in the project donating:

The project is already working on selecting highly-rated, legit organizations that will benefit from these donations the most. So, it is up to the community now to get to voting and to think long and hard, and choose carefully. They can make a big difference if they choose the right team, and making that choice is where the fun is.