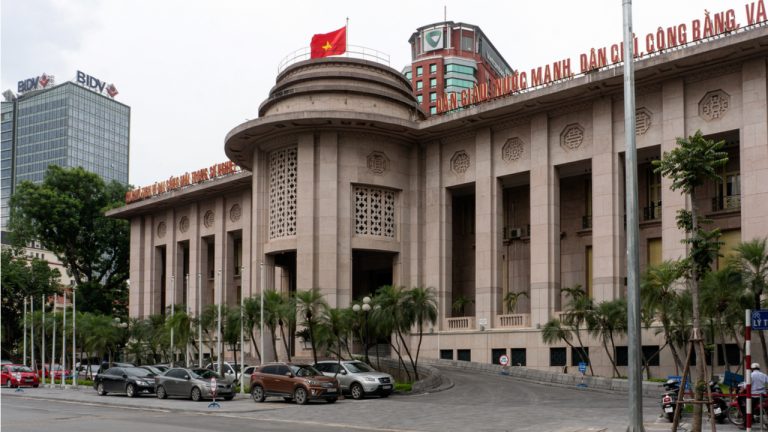 Pham Minh Chinh, the prime minister of Vietnam, has asked the country’s central bank to conduct a study of cryptocurrency and pilot the implementation of a blockchain-based currency within the next two years. The efforts are part of the Asian country’s new e-government strategy.

Cryptocurrency is one of the highlights in a decision regarding the establishment of a digital government issued recently by the Vietnamese premier. “Cryptocurrency based on blockchain is among core technologies Vietnam hopes to develop and master,” Vietnam Plus said in a report, obviously referring to a coin issued by the state. Other priority areas include artificial intelligence, big data, and augmented and virtual reality, the English-language news outlet detailed.

Before mastering crypto, however, the Vietnamese government needs to adopt specific definitions for the various types of digital currencies and virtual assets as well as comprehensively regulate the crypto space. In April last year, a working group was established by the Ministry of Finance to study the matter and propose regulatory policies.

The State Bank of Vietnam (SBV) has in the past warned that cryptocurrencies such as bitcoin are not legally recognized in the country. The same applies to their use as a means of payment. The central bank has previously instructed financial institutions not to regard crypto as currency and the regulator has not licensed any coin trading platforms so far.

According to Huynh Phuoc Nghia, deputy director of the Institute of Innovation at the University of Economics in Ho Chi Minh City, it’s time for the government in Hanoi to study and carry out a pilot implementation of digital currency. The academic emphasized:

Digital money is an inevitable trend.

The pilot implementation should help the executive power to identify both positive and negative aspects as well as to develop a “more appropriate management mechanism,” Nghia also said. In his view, the recognition of digital currencies by the SBV will facilitate this process.

Le Dat Chi, deputy head of the university’s Finance Faculty, thinks the study should be accelerated to allow Vietnam to advance in the global race in the field of digital currencies. According to a survey he quoted, central banks around the world are at different stages in these efforts. Over 60 institutions are already piloting digital currency use and others are working on plans for pilot implementation, while a third group of banks is only observing developments. Vietnam now wants to move to the second stage.

Traditional currencies such as the U.S. dollar, the euro and the Japanese yen have a greater impact on the world currency basket and international trade than other fiat currencies, Vietnam Plus notes. But in the race to develop and apply new technologies, countries like Vietnam will have a chance to increase their influence on the global financial system, the publication points out.

Among the central banks working on projects to issue central bank digital currencies (CBDCs) are those of China, Russia, the U.S., and the Eurozone. The People’s Bank of China has the most advanced project so far, with numerous domestic trials underway and a plan to test the digital yuan (e-CNY) in cross-border transactions with Hong Kong.

Do you expect Vietnam to adopt crypto-friendly regulations and issue a blockchain-based digital currency? Share your thoughts on the subject in the comments section below.