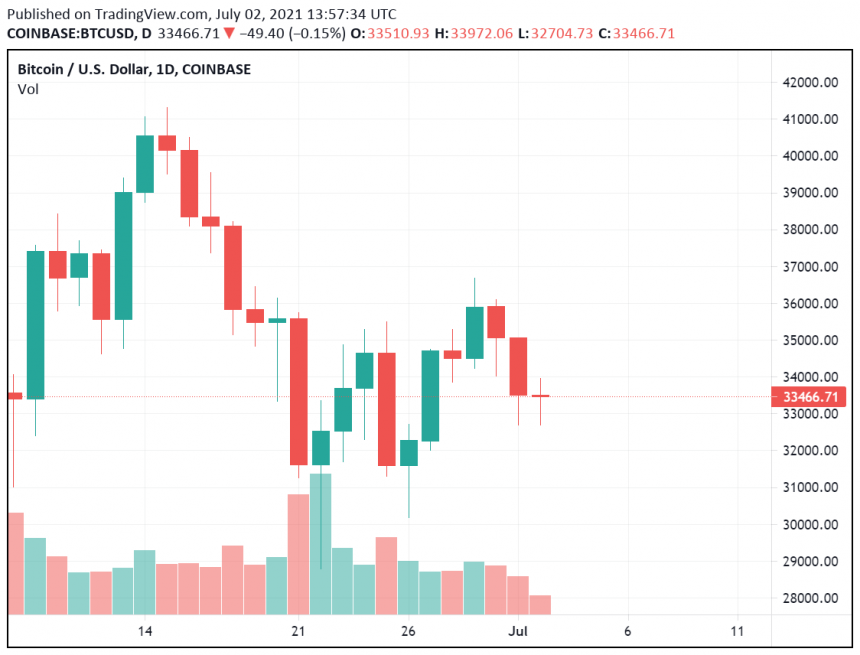 Kraken Director Dan Held recently posted a tweet that shows what he thinks of the traditional banking system.

Are traditional banks truly a collision of government financial structures for monopoly? A necessary fact-check and digging into the actual status of the state-owned bricks and mortar financial depository institutions comes to bear following Dan Held’s recent tweet.

The traditional banking system is a cartel.#Bitcoin fixes this. pic.twitter.com/LEFCTb6g93

Dan Held, at present, is the Director of Growth Marketing at Kraken. A company he sold his erstwhile company called Interchange to. The company was a portfolio reconciliation tool for crypto institutional traders. Kraken acquired Interchange in July of 2019.

He has, over time, been actively involved in crypto activities. For instance, before his role at Kraken, Dan created some of the most prominent earlier crypto products, including ChangeTip and ZeroBlock acquired by AirBnB and ZeroBlock and Blockchain.com, respectively, second-ever all Bitcoin acquisition.

2013 is worthy of mentioning as the year he was part of the original crypto meetup group in SF. The meetup comprised of crypto giants like the founders of Coinbase, Litecoin, and Kraken, which he now works for.

As ardent crypto, particularly bitcoin, influencer, the U.S. national recently took to his Twitter media page on Thursday to label the structure of traditional financial institutions as equivalent to “a cartel.”

They include central banks, sovereign wealth funds, different types of banks (ex: commercial/investment), brokerages, and insurance firms. However, Dan’s tagged – “a cartel” was exclusively for the state’s banks other than the private ones, as perceived.

So was he in any way right terming them a cartel?

Traditional Banks: A Cartel Or Not? Findings Show, He Might Be Right

A study reported in 2020 ships in some support to Dan’s claim. The study posits that Banks are becoming “instruments, rather than conduits, of monetary policy.”

In the advanced civilizations, most significantly, the 2020 findings uncovered that since the 2008 financial crisis, private banks had been subjected to some brutal regulatory changes in the hands of state-owned ones.

From pricing caps on loans to floors on deposits to rising capital buffer requirements, and the list goes on, the pain for many minority shareholders is seemingly endless.

Many countries, especially the developing ones, have gone one step ahead in terms of their involvement in the banking sector of their respective states.

However, the study highlights that the authority of these countries is making an effort to fuel the dominance of state-owned banks over private players.

And then some take “outright stakes in formerly ‘private’ banks (in both friendly and less than amicable manners), to exercise an increasingly populist form of monetarism.”

Comments from the likes of Jamie Dimon, a central figure in JP Morgan, a global leader in financial services offering solutions to the world’s most important corporations, governments, etc., drives home Dan Held’s tweet. The Chief Executive during a financial crisis period was once quoted as saying,

“I believe there were people … who were greedy, selfish, did the wrong stuff, overpaid themselves, and couldn’t give a damn. Yes.”

His utterance reflected the monopoly, resultant corruption, and abuse the state-backed financial institutions’ players were enjoying at the time at the expense of the common good.

Another report in the same year on findings by the International Consortium of Investigative Journalists (ICIJ) shows that five global central banks have been detected siphoning trillions of dollars in criminal funds in the recently leaked FinCEN Files.

It Was All About Decentralized and Centralized Antagonism

Nonetheless, the support of the fact checks on his claim, we assume Dan’s stance has been triggered by the competition between Bitcoin and the government-backed legal tender.

While Dan Held is trustworthy, many think it was mere advocacy for Bitcoin against the regulatory competitor.