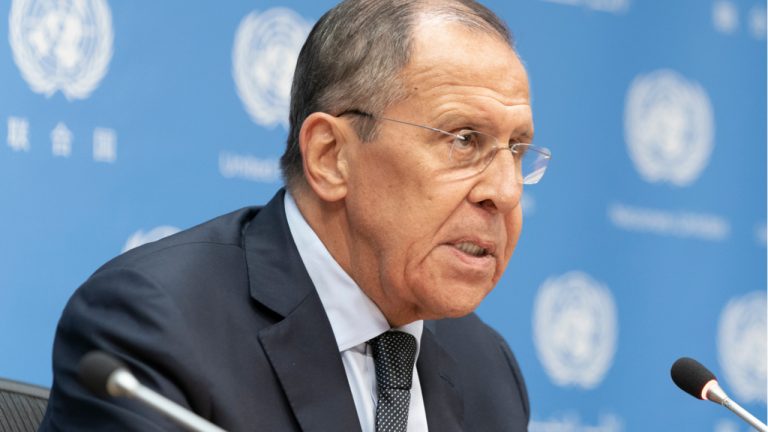 The Russian Foreign Minister Sergei Lavrov talked about the future importance of cryptocurrencies as an international settlements layer at the Primakov Readings Forum. Lavrov referred to these assets as having a “significant role” in the future. Russia has been striving to de-dollarize some of its activities, and this statement might offer a glimpse into future plans.

Russian Foreign Minister Sergei Lavrov referred to the future importance of cryptocurrencies as a part of the international settlements layer. Lavrov made the reference while attending the Primakov Readings Forum last week, an important diplomat meeting. The Russian Foreign Minister was optimistic about the use of cryptocurrencies to settle debts among countries. Lavrov stated:

Russia is changing the way it is approaching international settlement and payments. On this subject, Lavrov stressed they are looking into using national currencies when engaging in bilateral commerce. The Russian foreign minister noted:

We strive to rely more and more on other currencies. On national currencies when it comes to bilateral trade with our partners – with China, other SCO members, a number of other countries…”

Russia has been pushing to de-dollarize part of its investment infrastructure as a way of protecting from possible increased sanctions. Earlier this month, Finance Minister Anton Siluanov reported the national Wealth Fund would ditch the dollar for other currencies. The fund, currently worth more than $600 billion, would be supporting yuan and euro-based investments instead.

These actions are thought by many to be a strong political statement showing Russia can survive without needing the dollar to do commerce. According to some experts, the Russians are also profiling cryptocurrencies as an important part of this strategy.

The issuance of a digital ruble might also play a pivotal part in this de-dollarization push, in the future. Lavrov declared that the development of a central bank digital currency was already underway in Russia. In fact, the bank of Russia has revealed they will build a prototype for the end of the year. The currency will be designed to work in the same way that the digital yuan operates, with the government in control of the protocol. However, commercial banks will also have the opportunity of offering intermediation services.

Cryptocurrencies are getting hotter in the remittances sector, too. El Salvador declared Bitcoin as legal tender last week — something that could ease the entrance of millions of its citizens into the crypto world. Bitcoin remittances in the country soared after the historical legislation passed, but they are still just a fraction of their dollar-based counterparts.

What do you think about the role that cryptocurrencies will play in international settlements? Tell us in the comments section below.