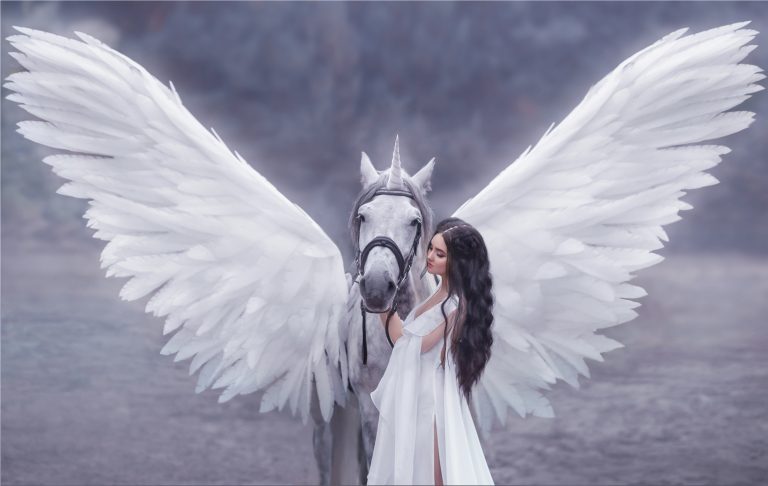 Twice as many European startups have achieved unicorn status in 2021 compared to last year. Despite the negative effects of the ongoing Covid crisis, young companies on the Old Continent, including several crypto unicorns, have managed to attract a record high amount of VC capital.

This year alone, 23 companies in Europe and Israel have become unicorns (startup companies valued at over $1 billion), beating last year’s total of eight, according to a report by financial data and software firm Pitchbook. European startups have managed to attract a staggering €32.5 billion (around $39.3 billion) since the beginning of 2021. This year’s capital inflow could easily surpass the €37.6 billion raised in the whole of 2020. 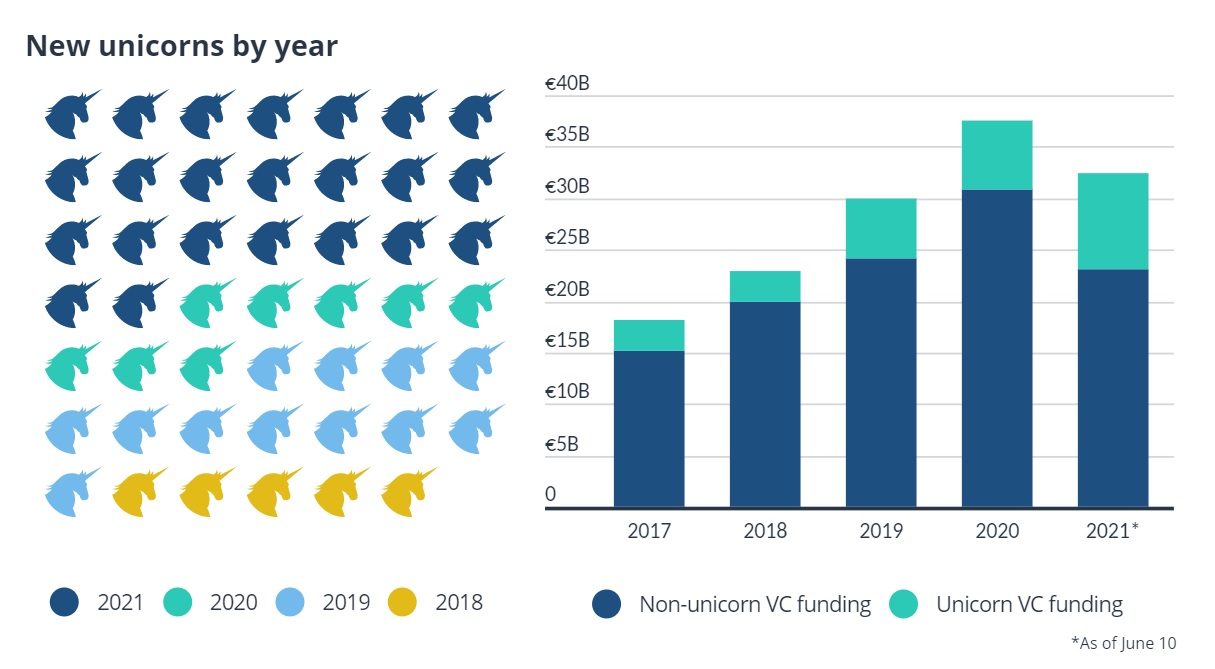 Of the total, 20 companies are based in Europe, including several crypto startups. The U.K. accounts for most of these unicorns, with London-headquartered Blockchain.com currently valued at $5.2 billion after securing $420 million in two funding rounds earlier this year.

Germany is next with digital wealth manager Scalable Capital, valued last week at $1.4 billion after raising over $180 million in a round led by Chinese tech giant Tencent. French crypto security startup Ledger became the latest to join the bunch with $380 million in new funding last week.

The Old Continent is now home to almost 12% of the world’s unicorns with over 50 active companies, the published data revealed. The capital attracted by these entities has continuously grown over the past five years and the 2021 total is expected to reach a record high.

The term unicorn, used to describe startups valued at over $1 billion, was coined by venture capitalist and angel investor Aileen Lee in 2013. It alludes to the rarity of such successful ventures.

US Capital Drives Up Startup Valuations Across Europe

European decacorns, or companies worth over $10 billion, have also performed quite well this year. Swedish fintech startup Klarna, for example, was valued at $31 billion in March, becoming the continent’s most valuable VC-backed firm. Klarna was leading the board already in September 2020, at $15 billion, but was replaced by Checkout.com in January of this year, when the online payments company gained a $15 billion valuation, Pitchbook detailed.

According to the authors of the report, the growing participation of U.S. investors has been a major factor in the investment increase in Europe. Almost half of the unicorns’ top 10 backers, such as Accel and Insight Partners, are based across the pond. Pitchbook also emphasized:

U.S. firms have been actively targeting Europe’s tech startups, which tend to have lower valuations than their U.S. counterparts, offering more opportunities for higher growth rates.

The financial data firm believes that the effects of robust investment into unicorns based in Europe could create even larger valuations in the future. “We expect transatlantic capital flows to continue to increase and strengthen valuations in Europe, as cash-rich U.S. investors seek new companies showing strong potential that could be introduced to the U.S. market,” said Nalin Patel, private capital analyst at Pitchbook.

What are your expectations about the future of these European unicorns? Let us know in the comments section below.