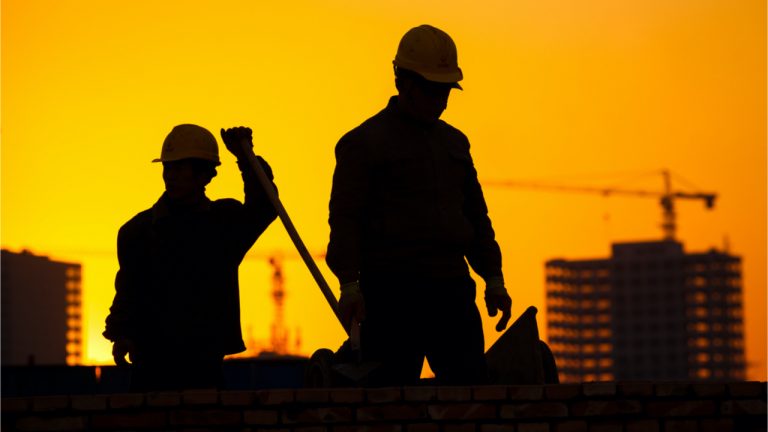 Xiong’an New Area, a state-level new area in Hebei, China, is seeing the use of onchain digital yuan payments, according to a circular issued by the Xiong’an government. The announcement details that Xiong’an subcontractors and builders are being paid using the central bank digital currency (CBDC) via the People’s Bank of China and the new area’s development management committee.

It seems workers in the state-level new area in Hebei, China also known as Xiong’an New Area, are being paid with China’s CBDC. Xiong’an government officials published a circular which described the project’s testing goals. According to the announcement, the People’s Bank of China’s (PBOC) Shijiazhuang office and the new area’s development management committee are involved in the wage pilot system.

The statement stemming from the Xiong’an New Area, which explains its paying builders in onchain digital yuan payments, follows the recent statements from the director-general of the PBOC’s Digital Currency Research Institute.

The director-general Mu Changchun explained on Friday, at the Lujiazui Forum in Shanghai, that the digital yuan would be “inclusive.” Mu’s statements follow the recent report that shows the CBDC is not seeing wide acceptance in China.

The PBOC’s Digital Currency Research Institute director-general stressed on Friday that the digital yuan will be able to leverage all kinds of wallet software and physical payment vehicles as well. Mu remarked that the different wallets will satisfy the unique types of Chinese residents utilizing the CBDC. China’s central bank has also launched even more ‘red envelope’ digital yuan lotteries in Beijing and Shanghai. Hong Kong will also be able to connect with the digital yuan as well, according to a recent report.

Xiong’an New Area has always been considered a “millennium strategy,” since it was introduced by the Politburo Standing Committee of the Communist Party of China in 2014. The Xiong’an government’s circular explains that builders in the region are being paid wages via the Blockchain Fund Payment Platform. The new area has an abundance of workers building at work sites like the Beijing–Xiong’an intercity railway and Xiong’an railway station.

Vast amounts of city-wide construction takes place in Xiong’an, as the new area saw a flood of Beijing investors purchase real estate in the region in recent years. This caused a housing bubble in the Xiong’an New Area and local officials imposed a temporary ban on new real estate sales. The digital yuan trial is aimed at paying wages to the development sector by “comprehensively improving service capabilities and optimizing service experience,” the circular notes.

The first set of digital yuan payments have been directed at the contractors working at spring afforestation projects in Xiong’an. The Bank of Hebei is also collaborating with the digital yuan trial members in Xiong’an. A rough translation of the circular further describes the digital yuan appropriation from a subcontractor’s public wallet to the builder’s private digital wallet in batches. The protocol “greatly simplifies the intermediate payment process, and significantly improving the efficiency of wage payment.”