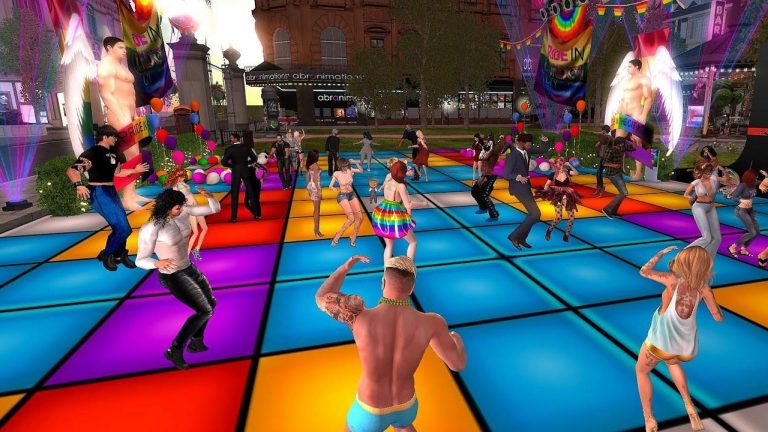 When people think about bitcoin’s past they sometimes refer to subjects like Mt Gox, the Silk Road, or the famous pizza transaction. Although, people often forget that the online virtual world Second Life played an important role during the Bitcoin network’s early years. In fact, some large Linden dollar (L$) holders who swapped their virtual tokens for bitcoin may be crypto millionaires today.

Trading Virtual Linden Dollars for Bitcoin in the Early Days

Today almost everyone knows what bitcoin is, as the crypto asset has gained a lot of attention and notoriety over the last ten years. During the last decade, the network effect has gathered steam and bitcoin can be swapped for nearly every fiat currency in the world.

Back in the early days, this wasn’t the case, even when a few popular exchanges like Mt Gox and New Liberty Standard operated. The first known fiat transaction was attributed to Martti Malmi (Sirius) when he sold 5,050 BTC for $5.02 using Paypal.

During these nascent times, a few fiat currencies were trading with bitcoin. At this time, Second Life’s Linden dollars (L$) were also exchanged for large sums of bitcoin as well. Linden dollars are featured in the virtual world called Second Life, a game developed by Linden Lab in 2003.

When bitcoin was kickstarting into higher gears in 2010 through 2013, Second Life’s L$ and the virtual world also saw rapid growth. Second Life’s virtual economy met Satoshi’s creation in April 2011, back when the company Virwox allowed L$ and BTC trading pairs.

Bitcoin had a fascinating relationship with Second Life users and because L$ could be exchanged for fiat, which gave BTC an alternative fiat gateway in the early days. Not only did the two virtual currencies form a symbiotic relationship, but it also caused people to speculate on which virtual asset was better.

After the now-defunct Virwox invoked BTC pairs with L$, it also opened the floodgates for Second Life’s virtual economy in 2012 through 2013. During this time of Second Life’s bustling growth, speculators actually argued that Linden Dollars could become “real money” and a legitimate virtual economy.

Additionally, the relationship between BTC and L$ caused people to think money laundering was involved with these two trading pairs. With Virwox, a trader could swap in and out of the L$ economy but also access C$, OMC, EUR, USD, GBP, and CHF.

A study in 2012 authored by Robert Stokes claims the relationship between Linden Dollars and bitcoin increased “virtual money laundering.” The paper stressed that the ability to launder smaller sums of illicit money through virtual currencies like BTC and L$ presented a problem for law enforcement. Stokes’s paper suggests a “method of incorporating the Linden Dollar and bitcoin within the anti-money laundering framework.”

Journalist Sells All His L$ for Bitcoin, User Swaps $3 Billion in Bitcoin for 650,000 Linden Dollars

Bitcoin’s relationship with Second Life and L$ faded a few years later, but definately shared the stage with each other on many occasions. In 2013, Quartz columnist Sam Williams wrote about how he sold all his L$ for bitcoin. Like most stories involving BTC trades for L$ on Virwox, the trading experience sounded horrific. Anyone who used Virwox back then understood that the user interface (UI) was an awful experience.

James Au also laughed at bitcoin three years later when he said the L$ daily transaction rate was larger than BTC’s 100,000 confirmed transactions per day recorded in 2015. James Au’s 2015 editorial said that BTC is “lauded weekly in the tech and mainstream press for the last 4-5 years.” James Au’s oped criticized:

With over $400 million invested in Bitcoin-related startups since 2012 — is still used only about 100K times a day. This isn’t to say Linden Dollars are superior to Bitcoin — which after all, are a virtual currency intrinsically tied to a social game MMO platform. However, after all that hype, you’d think Silicon Valley would be quick to have the same skepticism for Bitcoin as they did for Second Life after it failed to deliver on its promises in 2006-2008.

Of course, nowadays bitcoin is lauded almost every other day in the headlines and there’s a lot more than just $400 million invested in crypto startups today. Second Life’s L$ has faded into obscurity, while bitcoin has propelled itself into the limelight reaching $64K per coin this year. After BTC reached $20K in 2017, mainstream media pundits said the crypto asset was “dead,” and they claimed no publicly-traded company would add BTC to its balance sheet.

Skeptics also never thought a country like El Salvador would adopt bitcoin as legal tender either. As for Second Life’s Linden dollars in 2021, nobody believes L$ could actually become a real economy at all these days. We also don’t know how many others, besides Quartz columnist Sam Williams, sold all their Linden dollars for bitcoin, but it’s likely a number of people did swap L$ for BTC and profited a great deal.