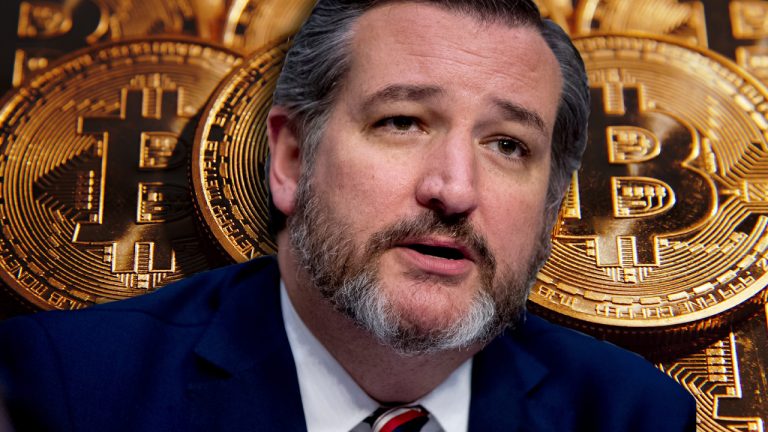 This week the United States senator from Texas, Ted Cruz, appeared on the Fox News television broadcast Hannity and discussed the leading crypto asset bitcoin. Cruz told Hannity he believes people are investing in bitcoin because they believe America is on the verge of an inflation crisis.

Ted Cruz: ‘We’re Seeing Inflation — I Think People Are Going to Bitcoin as a Hedge Against That’

Following negative statements about bitcoin from U.S. senator Elizabeth Warren from Massachusetts, the Republican senator from Texas, Ted Cruz, gave his opinion about bitcoin this week. Cruz appeared on the Fox News television show Hannity with the conservative host Sean Hannity. The Texas senator had a lot to say about Joe Biden and explained that he thinks the Biden administration is undermining the American economy and foreign policy.

“If you look at Biden’s foreign policy and you break the world into two groups, our friends and our enemies,” Cruz said during the interview with Hannity, “What does Biden do? He undermines and weakens our friends systematically over and over and over again.”

In addition to discussing foreign policy, Russia, and Nord Stream 2, the conversation turned to cryptocurrencies. “Okay, you’ve been hearing all about it,” says Sean Hannity. “Bitcoin, cryptocurrency, what is it? Why is it so big? What is Bitcoin? What is blockchain? What is doggy coin?” Hannity asked.

The host of the Fox News broadcast further said that he’s been “studying this and debating this with friends for probably hundreds of hours,” in regard to crypto assets. The political commentator also added that he is “not in any way offering financial advice.”

Senator Cruz also talked about bitcoin and noted that he believes the crypto asset is seeing mass adoption because people are frightened about rising inflation and the Biden administration’s proposed spending.

“I think part of the reason we’re seeing people go to Bitcoin is because we’re on the verge of an inflation crisis and Joe Biden has proposed seven trillion dollars in new spending,” Cruz stressed during the interview. “We’re seeing inflation, which we’re seeing lumber going up, homes going up, oil going up, gasoline going up, energy going up, commodities going up. And I think people are going to Bitcoin as a hedge against that.”

What do you think about senator Ted Cruz and the political commentator Sean Hannity discussing bitcoin on Fox News? Let us know what you think about this subject in the comments section below.