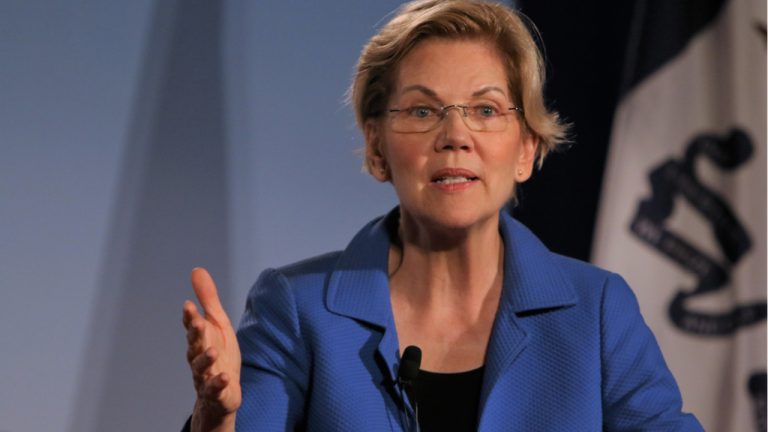 Senator Elizabeth Warren declared her opinion on bitcoin and other cryptocurrencies yesterday in a senate subcommittee hearing. The hearing, titled “Building a stronger Financial System: Opportunities of a central bank digital currency,” served as an opportunity to criticize Bitcoin’s energy consumption and its usage in criminal activities. Warren quickly stated how Bitcoin needed too much energy to settle even one transaction, stressing that:

A single Bitcoin transaction uses more energy than a typical US household in a month. I think the estimate is 53 days.

But Warren’s critical viewpoint of Bitcoin doesn’t end there. The former Democrat presidential candidate also thinks bitcoin as an investment vehicle is flawed. In an interview on Bloomberg TV, Warren explained Bitcoin was very volatile, being like the “wild west” of investments. She declared:

If you were buying stock for speculation you’d be protected from pump and dumps, but not when you are buying Bitcoin; we need to talk with the SEC about that.

To Warren, cryptocurrencies are also a tool for criminals to be used in ransomware attacks. An example of this is what happened with the Colonial Pipeline’s system hijack. As a consequence, she is calling for a stricter regulatory oversight on the system. Regarding this call for clampdown, Warren stated:

Our regulators and congress are an hour late and a dollar short. We need to catch up with where cryptocurrencies are going.

This barrage of criticism towards Bitcoin and other cryptocurrencies made the community quickly move to disregard Senator Warren’s opinions. Ari Paul, CIO of Blocktower Capital, stated Warren’s use of social media was far more harmful to the environment than Bitcoin. He declared:

Social media uses more electricity than bitcoin. You could do more for climate change by not tweeting.

Kraken’s Dan Held sarcastically proposed canceling Christmas lights due to their energy consumption, citing a report from Phys.org, and another tweet criticized Warren’s hypocritical use of fossil fuel-guzzling private jets — instead of virtual media — to attend meetings.

Warren’s statements are the latest of a series of attacks Bitcoin has faced in the last two months. Former President Donald Trump also criticized Bitcoin recently, saying he believes Bitcoin is “kind of a scam” in an interview with Bloomberg last week.

What do you think about Senator Elizabeth Warren’s criticism of Bitcoin? Tell us in the comments section below.