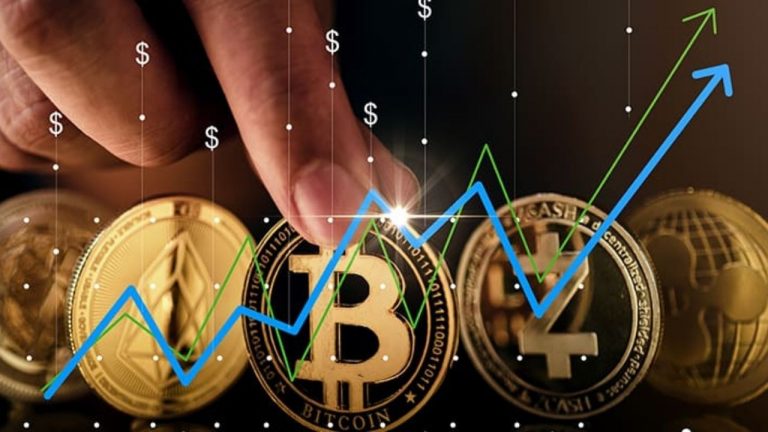 Amidst the stratospheric rise of defi and heightened demand for unique and innovative solutions, the global community of angel investors and VC firms is continuously engaging in private funding rounds and token sales. The resulting flood of capital demonstrates that entrepreneurs and startups play their part in developing a new generation of blockchain technology.

Balancer Labs, the company behind Balancer, an automated portfolio manager, liquidity provider, and price sensor, has raised $24.25 million from leading investors in its recent token sale, which will be utilized to accelerate the development of the Balancer protocol. The recent round witnessed an influx of new investors, including Alameda Capital, Pantera Capital, Fenbushi Capital, Blockchain Capital, Longhash Ventures, Fintech Collective, and Continue Capital.

One of the Balancer Protocol highlights is that it uses multidimensional values to build a mathematical and analytical framework, allowing varied portfolios to auto-adjust to market conditions. The second evolution of the Balancer protocol (Balancer V2) will restructure the current system architecture to improve transaction costs while easing developer integration and user experience.

Flare, a new contract platform built on a modified version of Avalanche, is a distributed network with some unique properties. Not only can it be used to create two-way bridges between networks, such as Ethereum and the XRP Ledger, but it is also the world’s first Turing complete FBA network. Flare claims to be the only platform that applies Federated Byzantine Agreement (FBA) consensus to smart contracts, making it secure and accessible to most blockchain development communities.

Automata Network, which purports to offer seamless privacy for dApps, has raised $2.4 million from prominent investors such as IOSG Ventures, KR1, and Jump Trading. The platform, officially launched on Binance Launchpool, aims to deploy a privacy-first and cross-chain compute protocol, offering developers the required infrastructure to leverage Web 3.0.

The protocol aims to empower Web 3.0 applications and businesses built on Polkadot and Ethereum with privacy-first, high assurance and friction-less transactions. In addition, Automata supports unified cross-chain connections for better operability, a collaborative reward mechanism, and a framework to make data privacy a built-in option across dApps, among several other unique features.

Switching between blockchains, navigating the complex interfaces, and issues related to scalability and fees are the biggest obstacles blocking the mass adoption of defi according to many. To address these concerns, retail defi startup Cryption Network, built on Polygon, offers a suite of user-friendly crypto products for the everyday retail investor who wants to invest in crypto but is intimidated by its complexity.

Cryption Network, with its wide range of products and services aimed to increase the adoption of cryptocurrencies, recently wrapped up a successful private funding round. The project attracted many acclaimed investors from the crypto universe, including VC firms like Genblock, Master Ventures, CMS Holdings, X21 Digital, Gravity X Capital, Water Drip, and AU21, leading to a capital influx of $1.1 million. In addition, angel investors like Polygon’s Sandeep Nailwal and Fetch.ai’s Humayun Sheik, also funded the network.

In a world where digital assets are constantly under the spotlight of regulators, privacy seems to be the one thing that’s troubling many traders, retailers, and investors. Panther Protocol, an end-to-end privacy solution, provides defi users with interoperable, fully collateralized privacy-enhancing digital assets to address this problem. Panther Protocol provides users with customizable transaction-level privacy. Using zk SNARK technology, the protocol aims for a robust privacy mechanism, allowing users to mint zero-knowledge zAssets and leverage them across a range of defi applications.

The platform has completed its private funding round, raising more than $8 million from over 140 investors. VC firms and angel investors from across the globe participated in the private financing round. Some early contributors include Alphabit Fund, Deep Ventures, Ex Network, Market Across, Master Ventures, Moonwhale, Nextgen, Protocol Ventures, Rarestone Capital, Titans Ventures, and more.

Impossible Finance, a platform offering inclusive financial instruments via defi, has raised over $7 million from its recent funding round. The platform aims to make Defi easy by removing complicated interfaces, allowing users to quickly swap tokens, add liquidity, and stake their tokens for additional rewards. Impossible Finance, built by Defi pros from top fintech firms, aims to use the funds to accelerate work on its multifaceted platform that offers a Defi incubator, launchpad, and swap features.

To drive increased participation from developers willing to build applications on the Reef Chain, Reef Finance has announced a grant of $20 million spread across several categories, including defi lending protocols and bridges, runtime modules/chains, NFT development, decentralized exchanges (dex), wallets and interfaces, and development and deployment tools. In addition to being an EVM-compatible defi chain built on Polkadot substrate, Reef Chain is said to be fast, highly scalable, and boasts minimal transaction costs.

The latest announcement of allocating grants to developers aligns with the company’s vision of simplifying defi and making it accessible to everyone. Leading defi brands like Lendefi, Realm, and Kwikswap are some of the outstanding examples of the ecosystem’s unique capabilities. Alongside the launch of the grants program, Reef Finance will also continue enhancing the features and functionalities of Reef Chain in an attempt to drive mainstream adoption of its funding ecosystem.

To attract more developers to Solana infrastructure development projects and expand the blockchain’s reach in Korea, ROK Capital, a leading blockchain accelerator in the country, and the Solana Foundation have unveiled a $20 million fund to support teams and projects. The ecosystem fund endeavors to bootstrap companies adding value in multiple areas of the Solana blockchain by building the architecture to support activities in Web3.0, NFTs, and defi.

The fund is also joined by Factblock, a blockchain consulting organization, and community-based accelerator Despread, which will share their expertise with the initiative as partners. Already the fund has bootstrapped several organizations as part of its mandate, including Mercurial Finance, Parrot, Serum, Symmetry, and Synthetify.

What do you think is the most interesting project? Let us know in the comments section below.