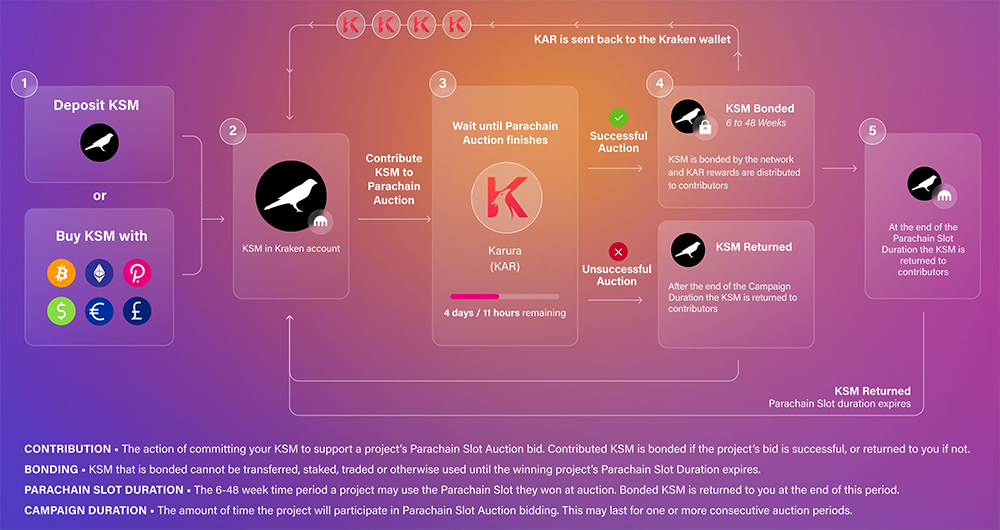 Kraken, a popular bitcoin and cryptocurrency exchange company, today announced it will support Parachain Auctions in time for the first rounds taking place on Kusama, the “canary network” for Polkadot.

Clients, excluding those in select jurisdictions, will be able to participate in Parachain Auctions on Kraken in the next few days. They can contribute Kusama tokens to a project’s parachain slot auction from today.

Further, Kraken announced its “Staking” section on the platform has been renamed to “Earn” and eligible clients will be able to easily participate in auction rounds.

“Kraken is not just an exchange. It’s a platform that enables clients to seamlessly and securely participate in a whole range of cryptocurrency-related activities. Parachain Auctions open up a whole new vista for cryptocurrency holders. So they can back projects that will likely make substantive changes to various aspects of our lives. Kraken is proud to support these activities; as our role is to be a key infrastructure provider for space.”
– Jeremy Welch, Kraken’s Chief Product Office

In a Parachain Auction, KSM holders vote for the project they want to see succeed, via locking their tokens on the Kusama network. Projects with the most KSM locked on their behalf win a Parachain slot for up to 48 weeks. Once the lockup period is over, holders also get their contributed KSM back.