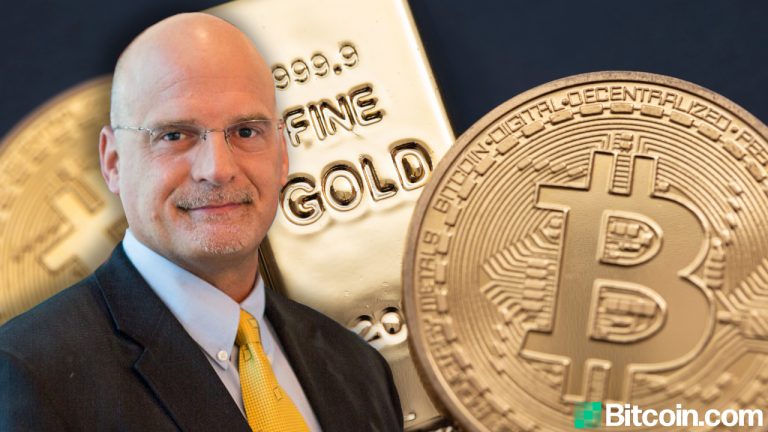 Precious metals (PM) markets have been trading a bit higher in recent days, while cryptocurrency markets have been seeing gains as well. Spot gold prices have jumped to $1,805 per ounce, up more than 1.3% during the last 24 hours, while silver prices have increased by 2.5%. As PMs have gathered strength this week, crypto-asset markets are still inching closer toward gold’s and silver’s market valuations. In fact, bitcoin’s market capitalization is just below silver’s $1.47 trillion market.

Ever since the U.S. Federal Reserve said last week that it would allow inflation to rise moderately above the 2% mark and the central bank will also continue its monetary easing policy, crypto assets and precious metals like gold and silver have been on the rise.

Gold prices have jumped over 1.3% during the last day and as the PM has crossed the psychological $1,800 price per ounce zone on Thursday. Gold prices are also up more than 1.2% over the course of the last week. 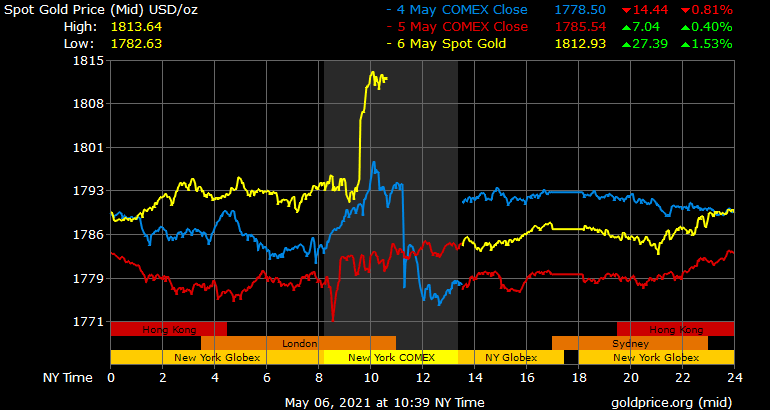 However, even though PMs have been on the rise, Bloomberg Intelligence senior commodity strategist Mike McGlone is calling gold price action “meh,” in a recent interview.

“Right now, I view the gold market as a ‘meh’ market. It’s just stuck, and it’s clearly being replaced by digital gold. Every day that goes by, everybody who knows and holds gold understands that their greater risk is not allocating a small portion of that gold into bitcoin. And it’s just getting started,” McGlone stressed.

Still, after the Fed’s meetings last week and the recent comments from Eric Rosengren the president and CEO of the Federal Reserve Bank of Boston, PMs like gold, copper, palladium, and silver have jumped during Asia’s trading sessions on Thursday. Rosengren stated that it was too early to stop or curb quantitative easing (QE) policy and the economy needs to improve a great deal before those conversations can happen.

Further, Bloomberg strategist Mike McGlone is not alone in his beliefs, as a great deal of investors believe the crypto economy will eventually eclipse PM market caps. 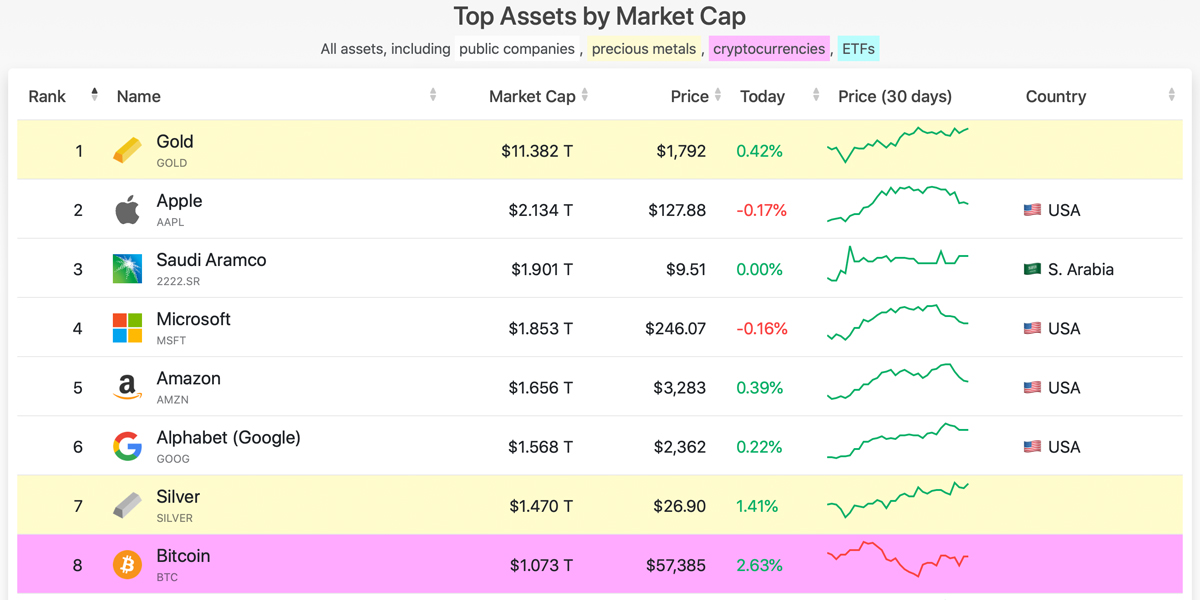 According to statistics, the entire crypto-economy at $2.22 trillion is worth more than silver’s entire market valuation of around $1.47 trillion. Bitcoin (BTC)’s valuation alone, is coming awfully close to eclipsing silver. This puts bitcoin (BTC) in the eighth position of the most valued assets in the world and gold is number one.

The shiny yellow metal has an estimated market cap of around $11.382 trillion at current prices per ounce of .999 fine gold. Still, while BTC has captured close to 73% of silver’s market cap, the crypto asset also now commands more than 9% of gold’s overall valuation.

“Price action in the last few days confirms that view,” Balani told Bitcoin.com News on Thursday. “Despite bouncing sharply from the $48-$50k range, Bitcoin couldn’t sustain above $58k; $60k is the major resistance here. BTC got heavily sold from the $58k level and has crossed below 20 DMA. On the other hand, [altcoins] continue to show strength with blow-off moves in DOGE and ETH. This price action indicates that we have most likely hit a short-term top at $64k,” the Delta Exchange CEO added.