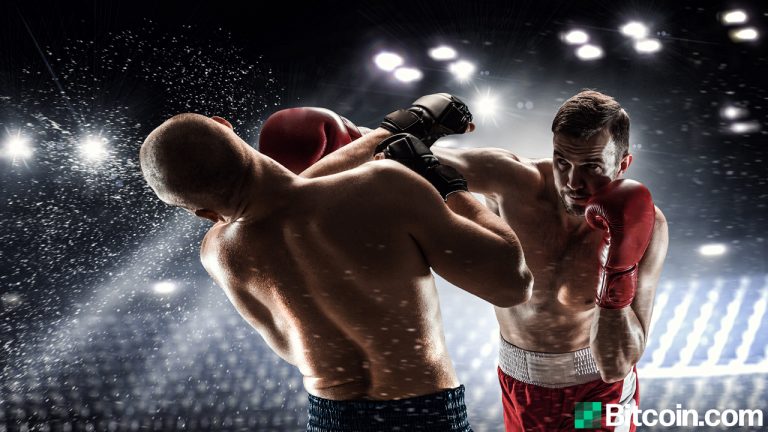 South African crypto entrepreneur and Yearn Finance founder, Andre Cronje, is set to brawl Crypto Messiah in a physical fight at a Dubai crypto conference. The event, which has been dubbed the Cryptocurrency International boxing match, is scheduled to take place on October 15.

According to organizers of the fight, the pledged $1 million prize money, which will be in the form of Phantom tokens, will be donated to a yet to be advised charity organisation. In a tweet, one of the boxing event organizers, Harry Yeh said both crypto world personalities have no interest in the prize. Yeh explained in a thread:

Just an update to this thread. Confirmed – I am pulling the prize money. Both fighters just want to fight so instead I will donate the 1M USD of $FTM to a charity to be announced of my choosing.

In the same thread, Yeh also praises the Crypto Twitter community and the UAE Warriors for helping to make the boxing contest a reality. Meanwhile, in his tweet on April 30, Cronje confirms his participation in the “no weight class” match up which he also calls “weirdest crypto-conference ever.”

The now scheduled fight between the two crypto world figures was prompted by a Crypto Messiah tweet that accuses Andre Cronje of conning investors via EMN rug pull. In the tweet, the Crypto Messiah proposes to fight Cronje in Miami and offers to “donate to $50k to a charity of Cronje’s choice regardless of the winner.” 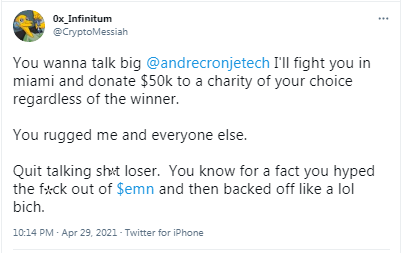 Following a debate that drew the interest of the Crypto Twitter community, a date for the fight has been agreed and both fighters and their supporters have been hyping the event. However, other users are still confused with the unusual format of the crypto event. For instance, Sam Bankman-Fried, founder and CEO FTX asked if this was a “physical fight like boxing or something or is it like a metaphor?”

What do you think of this crypto boxing match? Tell us what you think in the comments section below.