Hundreds of Banks in US to Allow Customers to Buy, Sell, Hold Bitcoin Through Existing Bank Accounts

Hundreds of Banks in US to Allow Customers to Buy, Sell, Hold Bitcoin Through Existing Bank Accounts 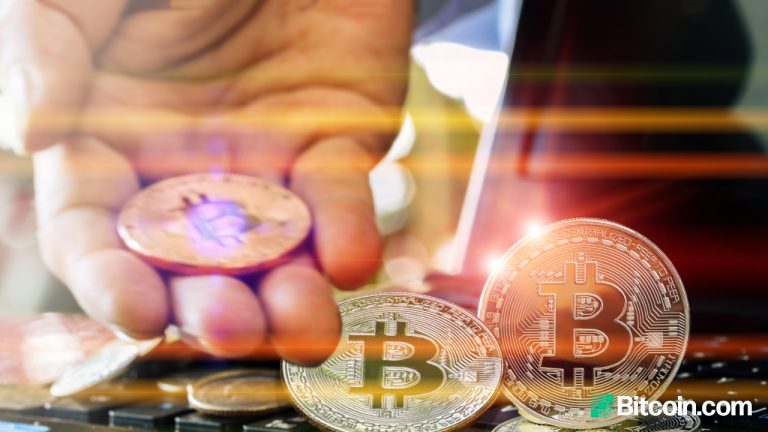 Hundreds of banks in the U.S. will reportedly start offering access to bitcoin to their customers this year, thanks to a partnership between Fidelity National Information Services and the New York Digital Investment Group. Hundreds of banks have enrolled to participate in the program as they see funds moving from bank accounts to crypto exchanges.

Customers of hundreds of banks in the U.S. will soon be able to buy, hold and sell bitcoin through their existing accounts, CNBC reported Wednesday.

This will be made possible thanks to a partnership between fintech giant Fidelity National Information Services (FIS) and the New York Digital Investment Group (NYDIG), the bitcoin investment arm of $10 billion New York-based Stone Ridge Asset Management. The two firms said that the collaboration is “to enable U.S. banks to offer bitcoin in the coming months,” the publication conveyed. FIS is a vendor to banks with nearly 300 million checking accounts.

Patrick Sells, head of bank solutions at NYDIG, said that hundreds of banks are already enrolled in the program. While noting that the firm is in talks with some of the biggest banks in the country about offering the bitcoin service, he said most banks that have enrolled are smaller banks. He was quoted as saying:

What we’re doing is making it simple for everyday Americans and corporations to be able to buy bitcoin through their existing bank relationships. If I’m using my mobile application to do all of my banking, now I have the ability to buy, sell and hold bitcoin.

Yan Zhao, president of NYDIG, explained that banks used to steer clear of bitcoin but they are now asking about providing crypto investment services because they can see their customers moving money out of their bank accounts to crypto exchanges. She opined:

This is not just the banks thinking that their clients want bitcoin, they’re saying ‘We need to do this, because we see the data.’ They’re seeing deposits going to the Coinbases and Galaxies and Krakens of the world.

Rob Lee, head of digital banking at FIS, expects major banks like JPMorgan Chase and Bank of America to come under pressure to offer crypto investments to retail banking customers when they see hundreds of smaller banks provide the crypto service.

Most people can’t invest in things that institutional investors get to invest in. With bitcoin available through your bank to be purchased with as little as $1, now you have an attractive asset that’s available to be owned by anyone in any amount. We think that’s huge for economic empowerment.

FIS will handle the link to lenders while NYDIG, not banks, will take care of bitcoin custody and trade execution, the publication noted. Zhao explained that the cryptocurrency will not be FDIC-insured. Sells further shared that NYDIG plans to provide other services, including debit card rewards paid in bitcoin, and a new type of bank account that is FDIC insured, but pays interest in bitcoin.

What do you think about banks offering access to bitcoin for retail customers? Let us know in the comments section below.