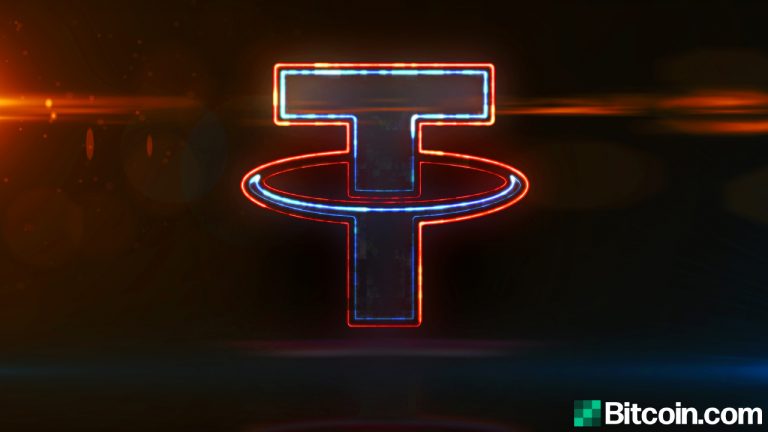 The blockchain company has reached a milestone this week as the firm’s dollar-pegged token USDT has surpassed a $50 billion market capitalization. Back in November 2020, Bitcoin.com News reported on how USDT towered over the stablecoin competition, as the market cap grew by 2 million percent in four years. At that time, records had shown tether’s (USDT) market valuation was around $18.5 billion. At $50 billion today, the USDT market valuation increased by 170.27% since November.

Tether Operations Limited says that the skyrocketing market cap stems from a myriad of use cases including spot exchanges leveraging tether and decentralized finance (defi) applications using the stablecoin. Data from Messari.io shows that reported daily volume for tether is around $117 billion and usually reported daily USDT volume is over the $100 billion mark every day. 24 hour “Real Volume” stats from Messari.io indicate that USDT volume could really be around $38.80 billion on April 26. This is still the largest crypto in terms of traded volume on a daily basis, in comparison to top crypto assets like ETH and BTC.

“Crossing a market cap of US$50 billion represents an incredibly important milestone for Tether,” Paolo Ardoino, the CTO at Tether explained after reaching the $50 billion market cap milestone. “When the group of visionaries that created Tether in 2014 first launched the stablecoin they could not have dreamt that it would have grown so exponentially. Tether’s success is a blueprint for a Central Bank Digital Currency (CBDC) and a banking system of the future. We are truly humbled by the pivotal role that Tether now plays in the digital token ecosystem across myriad protocols and applications.”

Coinbase Pro Starts to List Tether Trading Pairs in Phases, Stablecoin Is Not Supported on Coinbase.com Yet

When tether (USDT) first came out, the stablecoin was issued via the Bitcoin (BTC) network by using the Omni Layer Protocol. Since then, the token has branched off into multiple blockchains and USDT has been issued on blockchain networks like Ethereum, Solana, Tron, Bitcoin Cash, EOS, Liquid, and Algorand. Moreover, tether’s ERC20 version is leveraged on various defi applications and decentralized exchange (dex) platforms. USDT is used on a myriad of centralized spot exchanges all across the globe and just recently the token was added to Coinbase Pro.

“Starting immediately,” Coinbase said. “We will begin accepting inbound transfers of USDT to Coinbase Pro. Trading will begin on or after 6 p.m. Pacific Time (PT) Monday, April 26, if liquidity conditions are met. Please note that Coinbase only supports ERC20 USDT.”

If everything works out and a sufficient supply of USDT is established on the Coinbase platform, the exchange will offer tether pairs in BTC, ETH, EUR, GBP, USD, and USDC. But if there is not enough liquidity for one pair, the pairing may get removed. Coinbase says that it will announce each tether pair listing in phases and USDT will not be available yet on Coinbase.com.

“We will make a separate announcement if and when this support is added,” the San Francisco exchange’s announcement concludes.