Canaan to Ship 11,760 Next-Generation Bitcoin Miners to a US-Listed Firm, CAN Shares Jump 11%

Canaan to Ship 11,760 Next-Generation Bitcoin Miners to a US-Listed Firm, CAN Shares Jump 11%

On April 21, the bitcoin mining rig manufacturer Canaan announced the firm will be supplying 11,760 next-generation A1246 ASIC Avalonminers to a company called Mawson Infrastructure Group. The announcement notes that the mining units will be dispersed among Mawson’s bitcoin mining operations, and will add over an exahash of hashrate to Mawson’s mining facilities.

Canaan to Supply Mawson Infrastructure Group With 1 Exahash of Hashpower via 11,760 Delivered Machines

Bitcoin mining has grown massive during the last few years and during the last six months, massive purchases have been made by corporate entities involved in digital currency mining operations. The publicly listed firm Canaan (Nasdaq: CAN) based in China has revealed a large shipment of next-generation miners will be shipped to the U.S.-listed Mawson Infrastructure Group (WIZP:OTCQB).

The company will be getting the latest Avalonminer model designed by Canaan, an ASIC SHA256 mining rig called the A1246. The next-generation model gets around 90 terahash per second (TH/s) and around 38 joules per terahash (J/TH).

“At this exciting and pivotal time for us, working with proven leaders in the mining hardware industry will be crucial to expanding our bitcoin mining operations in 2021 and beyond,” James Manning, the CEO of Mawson said during the announcement. By partnering with Canaan, we leverage their long-standing manufacturing expertise and product excellence to power our rapidly growing mining infrastructure globally,” the executive added.

Following the announcement, shares of CAN listed on Nasdaq spiked 11% and currently shares are exchanging hands for $13.77. After trading around the $4.50 range per share in January, Canaan shares have spiked 206% since the beginning of 2021. 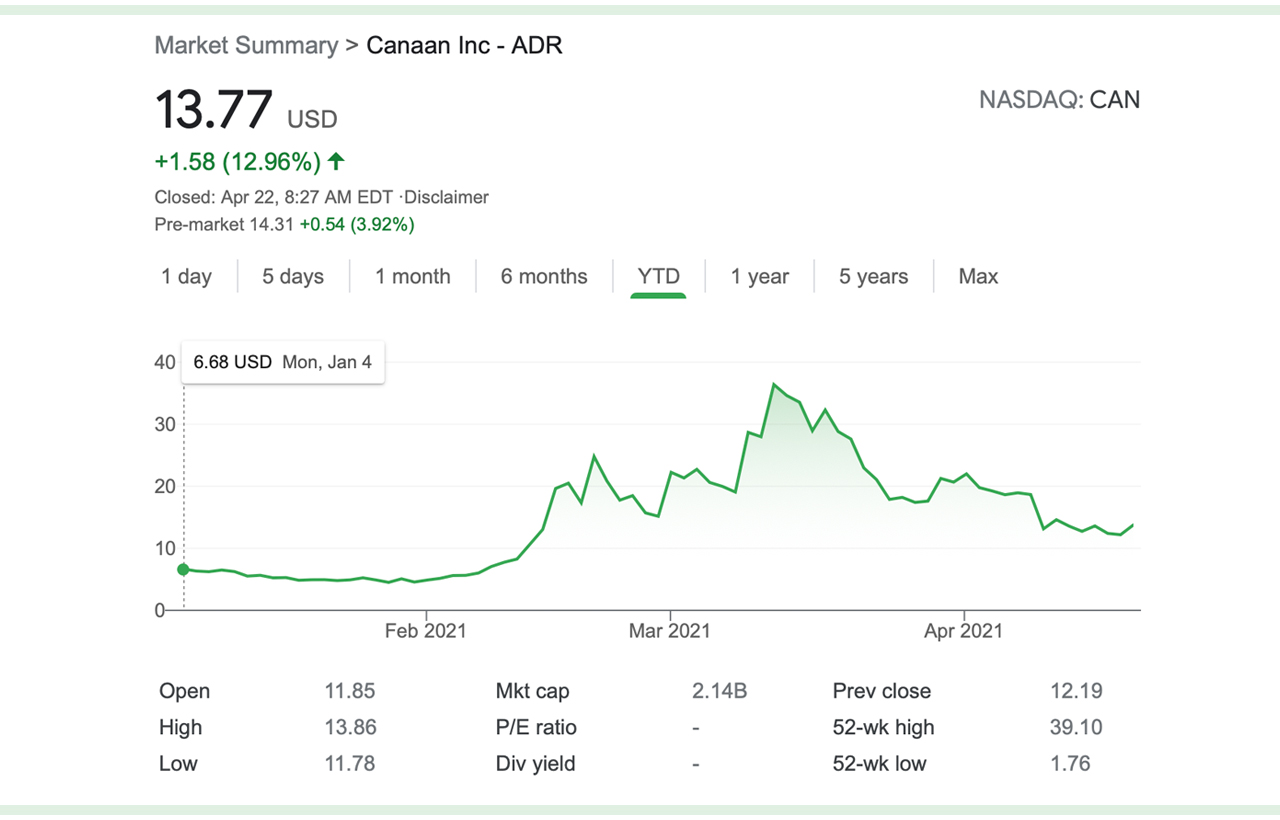 “In recent months, institutional and retail investors alike have expressed renewed interest in the potential of digital assets,” Nangeng Zhang, the CEO and Chairman of Canaan explained on Tuesday.

Though many mining businesses have struggled to accommodate the resulting demand, Canaan has been able to consistently deliver on its promise of supporting our global partners. Backed by our robust supply chain model, we are excited to be partnering with Mawson in their next phase of growth as they ramp up their mining activities.

What do you think about Canaan supplying Mawson with 11,760 next-generation A1246 ASIC Avalonminers? Let us know what you think about this subject in the comments section below.