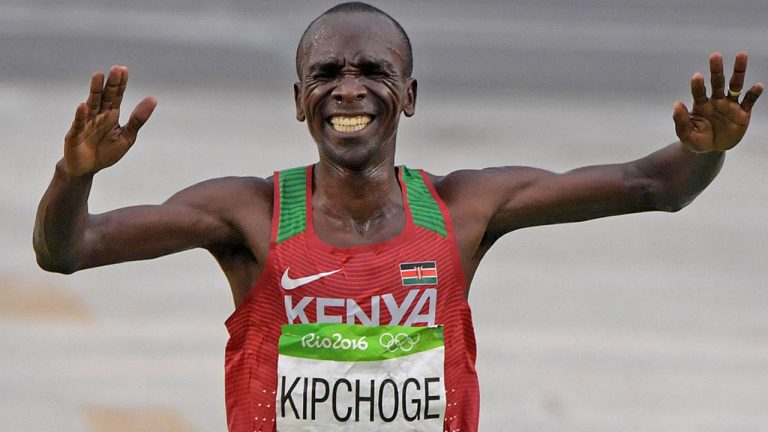 Kenyan athlete and world record holder, Eliud Kipchoge recently auctioned off his first set of NFTs for a total of 17.9837 ethereum tokens. The auction, which was conducted on the NFT marketplace Opensea, includes some of the key moments in Kipchoge’s career.

According to a report, one of these moments, Kipchoge’s 2019 record-breaking run in Vienna fetched $14.8837 ETH while the marathoner’s Berlin Marathon run earned him 3.1 ETH or for over $6,500 at current prices.

Meanwhile, in a Twitter post, Kipchoge, who is also an Olympic Champion, said he was grateful that some key moments in his career were now available as NFT. He wrote:

I can say that I am really grateful to have the highlights of my career now available as NFT. I hope it will give someone around the world the same positive memories as it does to me.

In the meantime, the report states that “Momentible.io created the NFT artwork in collaboration with Kipchoge.” It adds that “the video message is the official approval and authentication stamp that it is indeed from Kipchoge himself.”

Kipchoge became the first person to complete the 42 kilometres and 195 meters run in less than 2 hours during “the INEOS 1:59 Challenge in 2019 in Vienna.” With the NFT auction, the marathoner becomes the latest celebrity to join the growing list of other prominent personalities to jump onto the NFT craze.

What are your thoughts on Kipchoge’s NFT auction sale? You can tell us what you think in the comments section below.