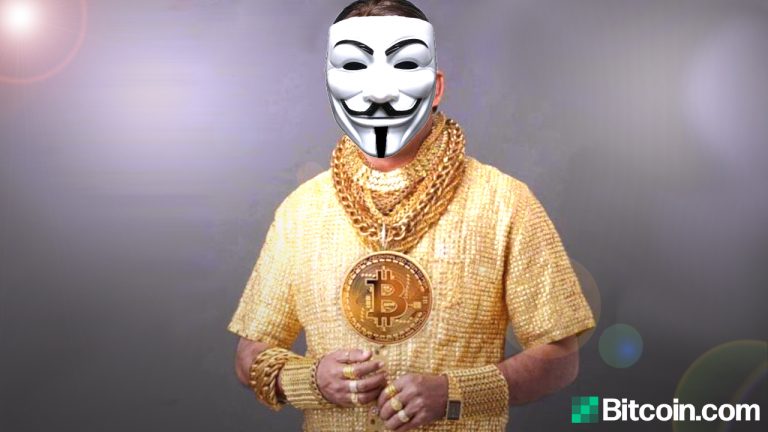 This week our newsdesk covered the world’s wealthiest cryptocurrency billionaires after the American business magazine Forbes published the 2021 list of billionaires. Now it was mentioned in our report that Satoshi Nakamoto didn’t make the cut, even though Bitcoin’s inventor is one of the wealthiest people in the world. Using today’s bitcoin exchange rates, data shows that if Nakamoto has 1 million bitcoin, then the infamous creator has made it into the top twenty, as far as the world’s wealthiest billionaires are concerned.

Bitcoin’s Creator Is a Member of the 1%

The mysterious creator behind the Bitcoin project is unknown and there is very little information out there concerning the identity of the blockchain inventor or group of inventors.

However, there is some information that the community is aware of, and it is well known that Satoshi Nakamoto helped kickstart the network and was with the community up until 2010. It is estimated that Nakamoto holds at least 750,000 to 1.1 million bitcoin (BTC) from when the creator mined tokens back in the early days.

It is also understood that Nakamoto has never spent these coinbase rewards gathered during the first year Bitcoin launched. Now leveraging current bitcoin (BTC) exchange rates shows that Satoshi Nakamoto is a very rich person today, as the inventor possesses over $59 billion in wealth.

This is of course if Satoshi Nakamoto has access to the 1 million BTC estimate and the $59 billion+ doesn’t include the forks he owns too. Nakamoto’s bitcoin cash (BCH) stash is worth over $650 million and the bitcoinsv (BSV) cache the inventor owns is worth over $250 million. Satoshi Nakamoto also has access to 1.1 million bitcoin gold (BTG), and all the other forks that exist if the inventor still has the private keys.

With just the BTC stash alone, this puts Satoshi Nakamoto in the top 20 positions, according to the “Forbes Billionaires 2021” list. Nakamoto is positioned just above the financial media mogul Michael Bloomberg (20) and Rob Walton (20) the oldest living son of the Walmart founder Sam Walton.

Bitcoin’s inventor would be in the 19th position using today’s BTC exchange rates and with the corresponding exchange rates of forks like BCH, BSV, and BTG, it would still make him a hair below Jim Walton another son of Sam Walton.

Now our newsdesk covered the fact that Satoshi Nakamoto is slowly moving toward Jeff Bezo’s number one position and what the price of BTC needs to be to get there. With close to $60 billion in assets, Nakamoto is not yet a centibillionaire and BTC still has a ways to go for the inventor to even come close to Bezos and Musk.

It’s not out of the question to believe that Satoshi Nakamoto can make it to Bezo’s position, as Bitcoin’s inventor held the 157th richest person worldwide position back in October 2020. Being a member of the top 20 wealthiest billionaires is no small task and the mysterious and unknown creator of Bitcoin has accomplished this feat.

What do you think about Satoshi Nakamoto making it into the world’s richest in the top 20 positions? Let us know what you think about this subject in the comments section below.