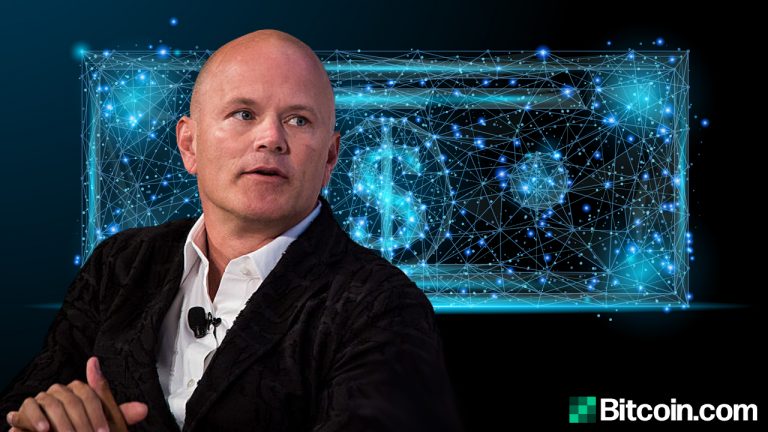 Mike Novogratz, the CEO of Galaxy Digital and bitcoin bull has warned that the United States’ failure to have its own digital currency could be an “existential crisis.” However, the CEO says the country’s fate is still in its hands. Novogratz made these comments a few days after former U.S. Secretary of State, Mike Pompeo suggested that the United States is not going to have a digital dollar anytime soon.

Still, Novogratz tells an interviewer that the United States’ success on this front will be dependent on the way the country manages its fiscal and monetary policies. He said:

If our fiscal and monetary policy starts looking like it is from a Banana Republic…you are going to run into some Minsky moment where confidence breaks down.

According to the report, a Minsky moment, which was espoused by the late Hyman Minsky, suggests “that a period of distortions in the financial system eventually ends very badly.” The U.S. has injected trillions of dollars into its economy and reports suggest more spending is being planned. However, some investors now fear this massive spending will cause the country’s inflation rate to rise.

Bitcoin Not a Chinese Financial Weapon

In the meantime, Novogratz also took time to push back against Peter Thiel’s recent claims that bitcoin is being used as a financial weapon by China. According to Novogratz, there is “zero evidence of the Chinese government buying bitcoin.” Further, the CEO dismisses Thiel as someone who “likes to say things that are provocative.”

As reported by Bitcoin.com News, Thiel suggested at a recent seminar that China was using bitcoin’s reserve currency status to undermine the U.S. In addition to bitcoin, other critics also point to China’s rollout of the digital yuan as another way the Asian country is planning to “compete with the U.S. and other major developed economies.”

What do you think about bitcoin bull and billionaire Mike Novogratz’s opinion about the digital dollar and a possible “existential crisis?” Let us know what you think about this subject in the comments section below.