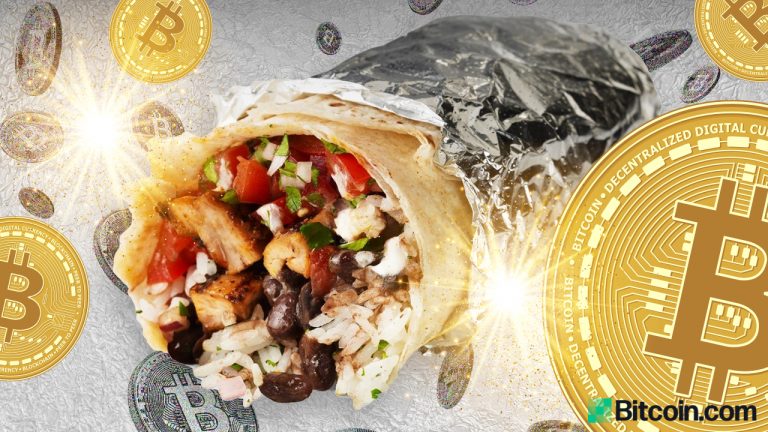 Chipotle Mexican Grill says it is giving away bitcoin and free burritos to celebrate National Burrito Day. The company has created a game where each participant will have 10 tries to guess a valid six-digit code for a chance to win a free burrito or up to $25,000 in bitcoin.

Chipotle Mexican Grill (NYSE: CMG) announced Tuesday that “it will give away $100,000 in free burritos and $100,000 in bitcoin to celebrate National Burrito Day on April 1.” According to QSR Magazine’s annual ranking of fast-food chains in the U.S., Chipotle is the 11th largest chain based on sales.

In collaboration with Coil founder Stephan Thomas, Chipotle is launching an interactive game on National Burrito Day called “Burritos or Bitcoin.” The game will go live on April 1 at 9:00 A.M. PT and will end at 6:00 P.M. PT on the same day. Chipotle says:

This occasion makes Chipotle the first U.S. restaurant brand to offer a cryptocurrency giveaway to consumers.

Thomas has been in the news for losing his hard drive containing 7,002 BTC, currently worth about $414 million. With the Burritos or Bitcoin game, “Chipotle is encouraging fans to carry out a mock ‘chiptocurrency’ rescue mission and crack the code on its digital wallet … In a playful ode to Thomas’s experience,” the company described. 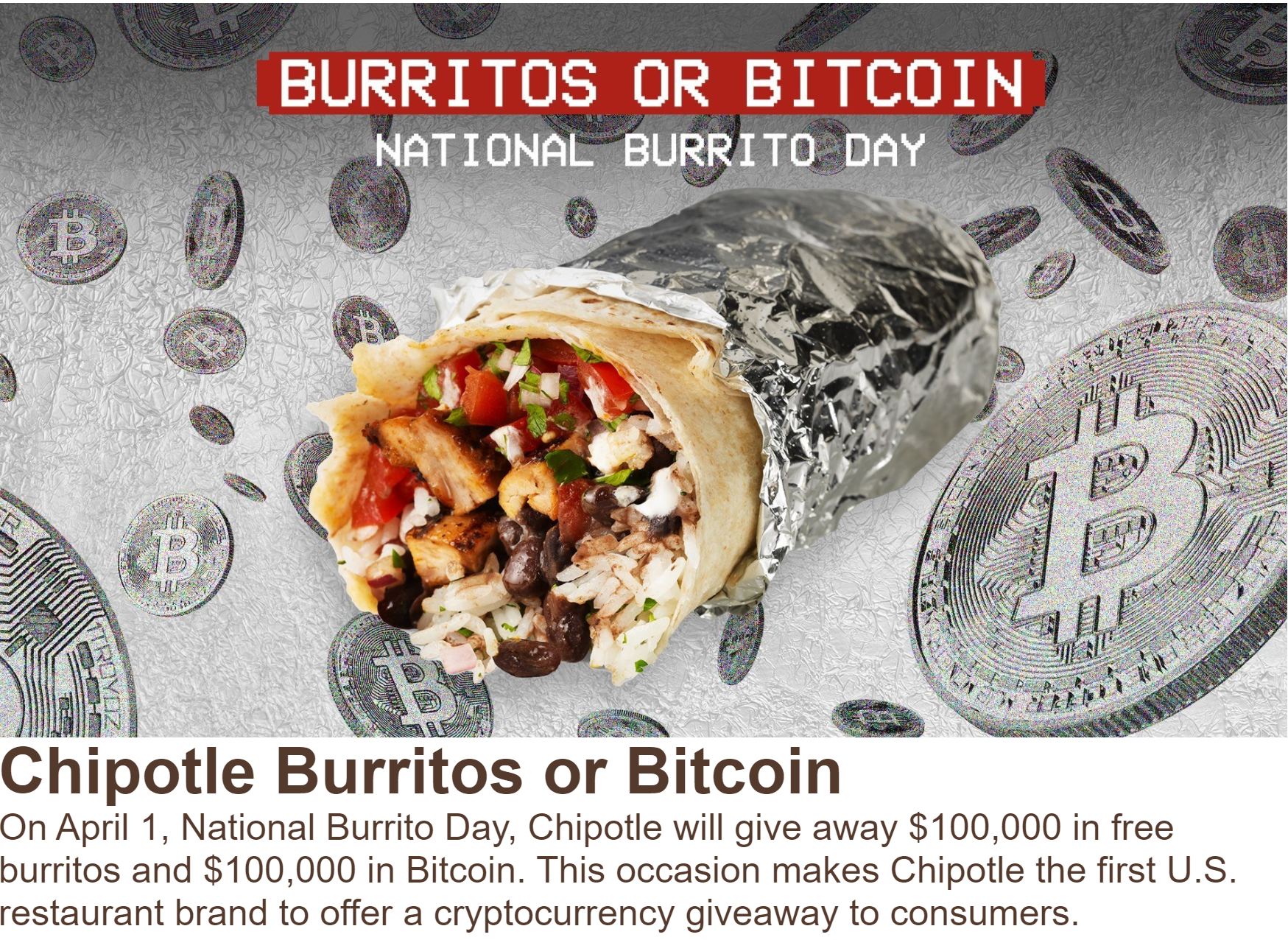 Players can visit the website burritosorbitcoin.com to participate. Chipotle explained:

Each player will have ten (10) tries to guess a valid six-digit code for a chance to win a free burrito or up to $25,000 in bitcoin.

The company added: “If players are unsuccessful in their ten attempts and endure the same fate as Thomas, they may be surprised and delighted with a special offer from Chipotle.”

No purchase is necessary to participate in the giveaway, which is “Open to legal residents of the 50 U.S./D.C., 18 years of age or older,” the company detailed.

What do you think about Chipotle giving away bitcoin? Let us know in the comments section below.