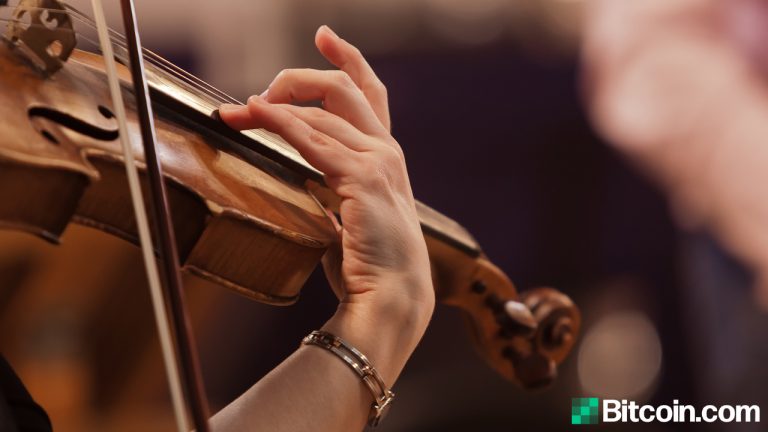 On March 28, the Scottish school in Edinburgh called the Morningside School of Music decided to accept cryptocurrency payments for tuition. Morningside’s director Linda Boyd said the school had noticed the trend of larger firms joining the crypto economy and it’s “just a matter of time before smaller businesses like ours start doing the same,” she said.

Playing to the Beat of a Different Drum

According to the Morningside School of Music director Linda Boyd, the well known music academy in Scotland is now accepting digital assets as a form of payment. Boyd said during the announcement that the school used bitcoin (BTC) in the past to pay for certain items. “We sometimes use things like Bitcoin to pay for goods for the school, so we know how fast and easy it is and want our music students to be able to do the same,” Boyd detailed in a recent interview.

She added that many of the school’s adult pupils are employed in the fintech industry and a number of the students suggested the school should accept crypto payments. Data shows that Morningside School of Music has roughly 700 students. The decision was made to make it easier for pupils and their families to pay for tuition. “It’s just about giving our customers another way of paying and making life easier for them,” Boyd said.

Cryptocurrency is here to stay and will eventually become a routine way for people to pay for services of all descriptions.

A Natural Way to Pay for Tuition

During the last few years, schools all across the world have been announcing crypto support for products and services. Edinburgh, Scotland is known for its forward-thinking fintech ecosystem Boyd stressed and crypto acceptance seemed to be the right fit. “Edinburgh’s got a big fintech industry and many of our pupils work or study in that sector so for them, this is a perfectly natural way to pay,” the music school director noted.

The digital wallet and payments platform Zumo and the company’s CEO, Nick Jones said the firm was delighted to see that Linda Boyd announced the school will be accepting payments from customers in the form of cryptocurrency.

“It’s amazing to see crypto take root in my back garden of Edinburgh, but also because it all became about due to requests from students,” Jones said. “This should be unsurprising given that in a recent poll we carried out, it was the youngest respondents who had the most excitement about the future of crypto– indeed, over 50% of 18-24-year-olds believe it will be a normal form of payment in the next 10 years,” he added.

Morningside says it has been raising musical excellence across Edinburgh since 1999. The school’s most popular programs include drums, music theory, ukulele lessons, piano, violin, and singing lessons as well. The Morningside music school is open seven days a week, but strictly by appointment.

What do you think about Edinburgh’s Morningside School of Music accepting crypto for tuition payments? Let us know what you think about this subject in the comments section below.