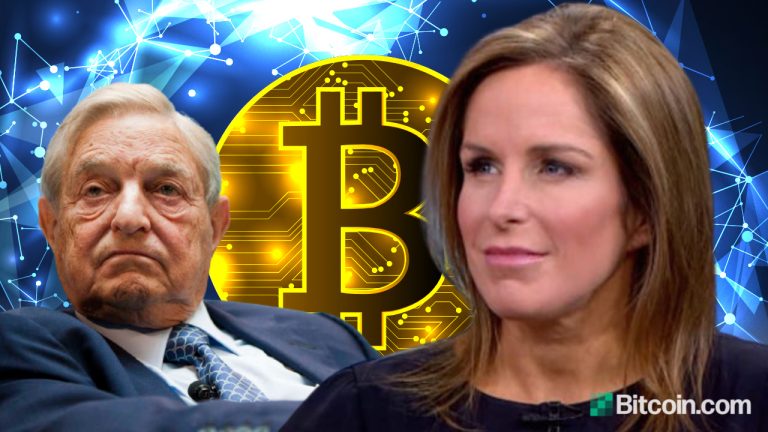 Soros Fund Management’s chief investment officer (CIO) says that central bank digital currencies are a potential threat to bitcoin and other cryptocurrencies but it will only be temporary. She also says that bitcoin is taking some of gold’s buyer base away.

She named some examples of what her firm has been investing in, including exchanges, asset managers, custodians, and tax reporting companies. Earlier this month, Soros Fund Management invested in the New York Digital Investment Group (NYDIG), a provider of technology and investment solutions for bitcoin.

Soros Fund Management has about $27 billion in assets under management. Institutional Investor ranks it the second most successful hedge fund of all time, returning 44% annually since it was formed in 1970 by veteran investors George Soros and Jim Rogers.

It is a potential threat to bitcoin and other cryptocurrencies. I think it is a real threat but I think it will be temporary. I don’t think they’ll be successful in permanently destabilizing bitcoin.

She then described how the rapid increase in the U.S. money supply has saved bitcoin from staying a fringe asset, emphasizing that “There is a real fear of debasing fiat currencies.” The CIO detailed: “When it comes to crypto generally, I think we are at a really important moment in time in that something like bitcoin might have stayed a fringe asset, but for the fact that over the last 12 months we’ve increased money supply in the U.S. by 25%.”

The Soros Fund Management CIO also believes that some investors are moving away from gold to bitcoin, elaborating:

When you look at gold price action, in the context of a fairly robust inflation narrative, it’s struggled getting traction, and I think it’s because bitcoin is taking some of its buyer base away.

The CIO was also asked specifically if she owns any bitcoin herself. However, she laughed and responded, “I am not going to answer that.”

Do you agree with Soros CIO Fitzpatrick? Let us know in the comments section below.