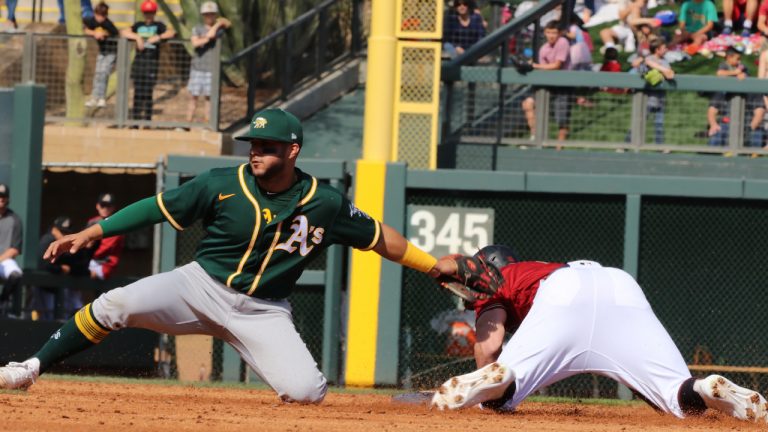 The president of the American pro baseball team the Oakland Athletics (A’s) recently discussed the ballclub accepting bitcoin for full season suites on Bloomberg TV. A’s president Dave Kaval explained that the team will be holding the crypto asset it obtains from sales, rather than selling because they are “believers in it.”

In mid-March, Bitcoin.com reported on the A’s accepting bitcoin payments for the 2021 full season suites that seat up to six people. The team’s administration also decided to accept a single bitcoin for the full season suites no matter how much BTC fluctuated in value. Using Monday’s BTC exchange rate, the cost is still a discount if the person decided to buy a full suite for the season with bitcoin. Following the announcement, the American pro baseball team’s president Dave Kaval explained the A’s will be holding the bitcoin.

“We’re going to hold it,” Kaval said during his interview. “We’re believers in it, and hopefully it continues to go up. Maybe we can sign some big free agents with some of the proceeds… who knows?” Kaval added.

Back when the A’s announced crypto support, Kaval said the administration was “excited to be one of a handful of teams to accept cryptocurrency for payment.” The Oakland baseball team has reserved ten 2021 full-season suites for bitcoin purchases. However, there haven’t been any purchases yet and the cut-off date ends on Thursday, April 1. Despite the lack of sales, Kaval noted that the ballclub has seen over a “hundred inbound inquiries” about the topic.

The Oakland Athletics bitcoin acceptance has been part of a trend where a great number of sports teams have seen exposure to crypto-assets. For instance, the NBA has seen a bunch of crypto adoption from teams like the Mavs and Kings, and the owners of those teams plus the Jazz, Nets, Wizards, and Celtics have formed an NBA blockchain association.

Moreover, this past weekend it was announced that the crypto trading platform FTX Exchange now has the right to change the name of the American Airlines Arena in Miami. It will officially be renamed FTX Arena going forward and many people assume that the home of the Miami Heat will be infused with lots of crypto advertising. It seems the Oakland A’s are not the only sports teams that are believers in this technology and the trend of acceptance continues to spread.