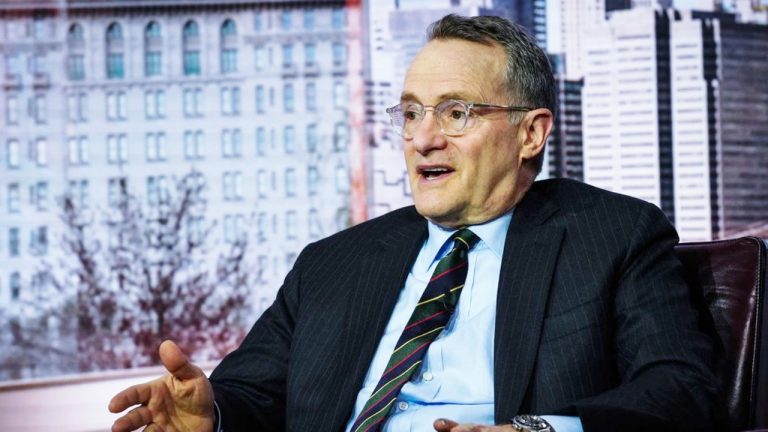 Oaktree Capital’s Howard Marks has warmed up to bitcoin. He admitted that he had a knee-jerk reaction to the cryptocurrency and dismissed it too soon. Since then, the price of bitcoin has risen tenfold as demand for the cryptocurrency soars among retail and institutional investors.

Howard Marks, co-founder and co-chairman of Oaktree Capital Management, talked about bitcoin during an interview with CNBC last week.

As institutional investors become increasingly interested in bitcoin and major companies have announced their investments in the cryptocurrency, Marks said: “I’m opening my mind on bitcoin. I was ‘knee-jerk’ skeptical.” He clarified:

While bitcoin doesn’t have an intrinsic value, the same can be said of the dollar and many, many other things that have value like paintings and diamonds. I’ve been more sensitized to the supply-demand case.

The Oaktree Capital founder similarly told The Korea Economic Daily on March 15 that back in 2017, when bitcoin rose in popularity, he was “very dismissive of it because it doesn’t have intrinsic value.” He added that he has been studying and found that “people make the case for bitcoin … on the basis of supply and demand.”

He noted that the supply of bitcoin is fixed, “unlike the dollar, which can be printed in infinite amounts,” adding that “the demand [for bitcoin] is growing because more people are interested in it.” However, he pointed out that “it’s a little circular because people want it because it’s going up in price and it’s going up in price because people want it. That’s circular.”

Exploring “independent reasons why people want it,” Marks named some benefits of bitcoin. “The argument is that it’s very useful to be able to trade instantaneously, you can trade 24 hours … seven days a week.” He compared it to banks, stating that with banks you can’t send a wire any time. In addition, he said: “It’s confidential. Nobody knows about your holding but you, the government can’t know, etc. Nobody can steal it from you. It’s better than an emerging market currency.” He concluded:

So there’re all these arguments about why people want it. And the demand grows and the supply doesn’t grow, then the economics tell us [that] the price goes up.

Currently, the price of bitcoin stands at $56,106 according to markets.Bitcoin.com. This represents a 1,022% increase from its price when Marks dismissed it.

Meanwhile, a growing number of institutions are getting into bitcoin. Elon Musk’s Tesla, for example, has invested $1.5 billion in the cryptocurrency and recently began accepting BTC as a means of payment for its cars. Goldman Sachs has relaunched its BTC trading desk after seeing huge demand for bitcoin from institutions. Morgan Stanley recently said it will offer wealthy clients access to bitcoin funds. There are now three bitcoin ETFs trading in Canada and major firms, including Fidelity and JPMorgan, have applied with the U.S. Securities and Exchange Commission (SEC) to launch bitcoin-based products.

Commenting on his initial, dismissive reaction to bitcoin, Marks admitted, “now I’ve learned how much I don’t know, so you shouldn’t talk about things you don’t know about.” He reiterated:

My initial response was a knee-jerk reaction without information and that’s not a good way to behave.

What do you think about Howard Marks’ new bitcoin stance? Let us know in the comments section below.