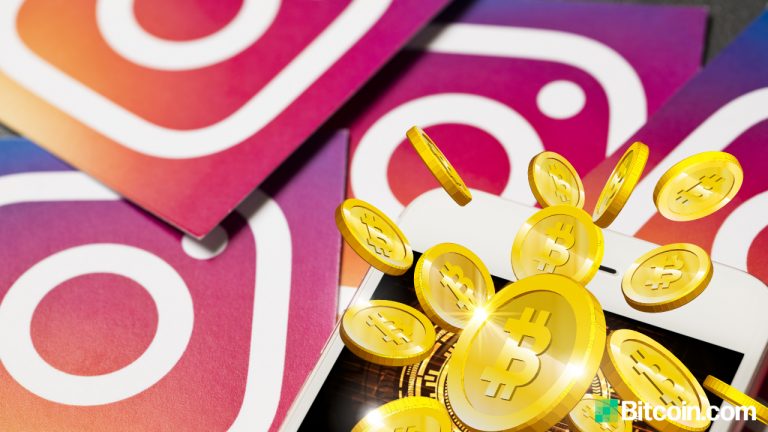 A popular Instagram personality has been charged in the U.S., accused of stealing bitcoins worth millions of dollars from his followers. He allegedly convinced the “victims to sell him their bitcoin at attractive, but inflated, values” but he never wired them the money for the coins sent to him.

The U.S. Department of Justice (DOJ) announced Wednesday that a popular Instagram personality known as “Jay Mazini” has been charged with wire fraud related to a bitcoin scam. The Justice Department wrote:

A complaint was filed in federal court in Brooklyn yesterday charging Jegara Igbara, also known as ‘Jay Mazini,’ with wire fraud related to a scheme in which the defendant allegedly induced victims to send him bitcoin by falsely claiming to have sent wire transfers of cash in exchange for the bitcoin.

The DOJ explained that “In reality, Igbara never sent the money, and stole at least $2.5 million worth of bitcoin from victims.”

Acting U.S. Attorney Mark Lesko described that Igbara “used his immense social media popularity to dupe his followers into selling him bitcoin … at attractive, but inflated, values.” IRS-CI Special Agent-in-Charge Jonathan Larsen similarly noted that “This defendant allegedly used his online popularity to defraud those seeking to exchange bitcoin for cash above the market value.”

According to the complaint, up until March this year, “Igbara, under the name ‘Jay Mazini,’ maintained a popular Instagram account with nearly one million followers where he would post videos depicting himself handing out large amounts of cash to individuals as gifts.” The DOJ detailed:

Beginning in or around January 2021, Igbara began posting videos to his Instagram account offering to buy bitcoin from other Instagram users at prices 3.5% to 5% over market value.

“Igbara claimed that he was willing to pay above-market prices because the traditional bitcoin exchanges were limiting how much bitcoin he could purchase,” the Justice Department added.

FBI Assistant Director-in-Charge William Sweeney pointed out that “There was nothing philanthropic about the bitcoin transactions Igbara engaged in with his victims,” emphasizing that a quick online search “will reveal an entirely different image of this multimillion-dollar scammer.”

This investigation is still ongoing, and the authorities urge anyone who thinks they may have been a victim of this scheme to file a complaint with the FBI. If convicted, Igbara faces up to 20 years in prison.

What do you think about this bitcoin scam case? Let us know in the comments section below.