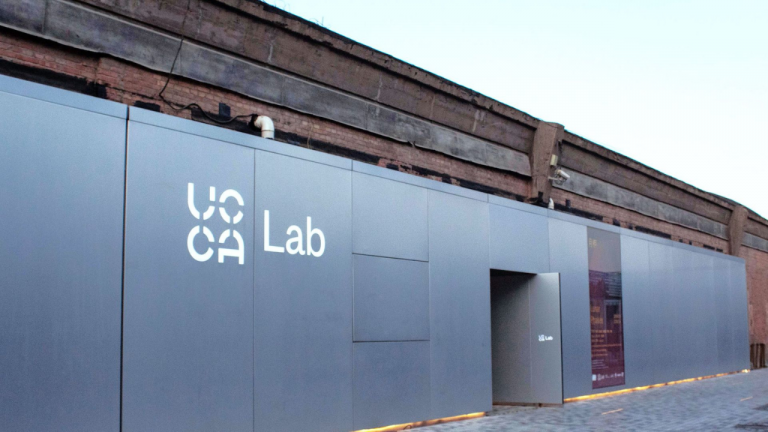 In an industry first, a physical exhibition for digital art in the form of non-fungible tokens (NFT) is set to launch in China, showcasing notable works from leading artists in the NFT space and the winning entries from a global digital artwork competition.

As greater mainstream attention turns to the NFT collectible and art mania that delivers new auction records every passing month, one group of industry leaders is bringing digital art to the physical realm. With its inaugural event titled, “Virtual Niche – Have you ever seen memes in the mirror?” a group of leading NFT evangelists and platforms are attempting to bring the Bitcoin and Polkadot communities together alongside the more traditional art world.

On March 26th, the 14-day event will begin in the UCCA Lab in Beijing before transitioning to Shanghai’s JinArt Center. The exhibition, which features hosts and sponsorship from both the art world and digital ecosystem, is designed to highlight the expanding potential for digital art while fostering greater connections between the two communities.

Besides hosting works from high-profile NFT artists, including 20 works from Beeple and Robert Alice’s “Portraits of a mind,” the exhibition will showcase the six winners of a digital art competition run by BlockCreateArt (BCA). The competition, which received 200 entries, asked participants to use Kusama’s canary logo as the inspiration for their submissions.

Christie’s, which recently auctioned Beeple’s “Everydays: the First 5000 Days” for a record-breaking $69.3 million, will be serving as an education support partner for the event. Their session, “Valuing Art in the Digital Age,” will be run by Christie’s Sara Mao. Additionally, Kusama will also be holding NFT workshops over the weekends for aspiring Chinese artists.

Growing Competition in the NFT Ecosystem

Beyond the big-name organizations orchestrating and hosting the event, the initiative is also supported by the Kusama Treasury. Kusama has come into greater focus in the NFT space as it vies to provide an alternative to Ethereum-based applications that currently dominate the space.

Kusama, which behaves as Polkadot’s “canary” network, effectively allows developers to build projects in an ecosystem expressly designed for experimentation. The idea behind this parallel network is to give developers a proving ground for their applications before moving into a Polkadot parachain if the proof of concept manages to attract adoption and awareness.

The canary network is already home to many organic NFT projects. Among them is BCA, which oversaw the aforementioned digital art competition. Other prominent projects also working off the network include Moonbeam and Unique Network.

These initiatives aim to list on a Polkadot parachain and form the go-to ecosystem for NFTs through a range of connected services like the open-source components needed to mint digital collectibles. Ultimately, these projects aim to bring together the communities, all while facilitating ease of use for artists and other creators seeking to join this transformative trend.

When NFTs are shown in the physical world, doesn’t it simply misses the whole point? Let us know what you think in the comments section below.