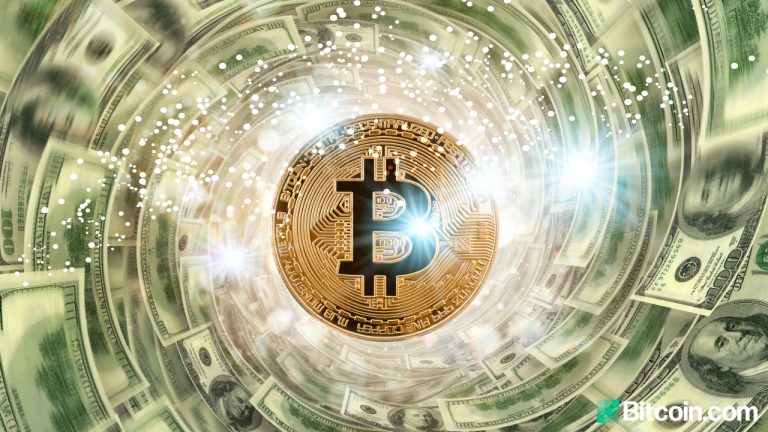 JMP Securities has predicted that “$1.5 trillion of incremental capital” could flow into bitcoin, an amount greater than the cryptocurrency’s current market cap. The firm sees more wealth management companies following Morgan Stanley’s example to offer bitcoin to their clients. “Around $30 trillion of assets in the U.S. retail wealth management industry currently do not have direct access to bitcoin,” he said.

San Francisco-based financial services firm with offices nationwide JMP Securities said last week that Morgan Stanley‘s move to offer wealthy clients exposure to bitcoin is the “tip of the iceberg” and could result in $1.5 trillion flowing into the cryptocurrency.

Devin Ryan is a managing director and equity research analyst covering investment banks, brokers, and asset managers at JMP Securities. He also serves as the firm’s Head of Business Development. JMP Group is listed on the New York Stock Exchange under the symbol JMP.

Ryan explained in a note to clients that Morgan Stanley’s announcement will serve as a catalyst for other banks to follow suit. Morgan Stanley said last week that it will soon allow rich clients access to three bitcoin funds, making the firm the first major bank to do so.

The analyst noted that “Around $30 trillion of assets in the U.S. retail wealth management industry currently do not have direct access to bitcoin,” elaborating:

Making some assumptions, with relatively modest asset allocation exposure of 5% of a portfolio, this alone would represent $1.5 trillion of incremental capital into bitcoin, which is greater than its current market cap.

The price of bitcoin stands at $56,569 at the time of writing based on data from markets.Bitcoin.com. The cryptocurrency’s market cap is approximately $1.06 trillion. The BTC price rose almost 5% Wednesday, boosted by the news of Elon Musk’s Tesla accepting bitcoin as a means of payment without converting into fiat currency.

According to Ryan, “Motivations range from missing the opportunity at best, or at worst, seeing business disruption if clients decide better alternatives exist, which could negatively impact growth or competitive positioning.”

The analyst also predicts the same trend with wealth managers outside the U.S. He sees “substantial capital pools opening up, fueled by the same drivers, though dynamics vary by region,” Business Insider conveyed. While Ryan believes that the crypto industry is still in the “very early innings of adoption,” he said:

The signposts we are following are progressing both logically and broadly as anticipated, which we think is very bullish.

What do you think about JMP Securities’ bitcoin prediction? Let us know in the comments section below.