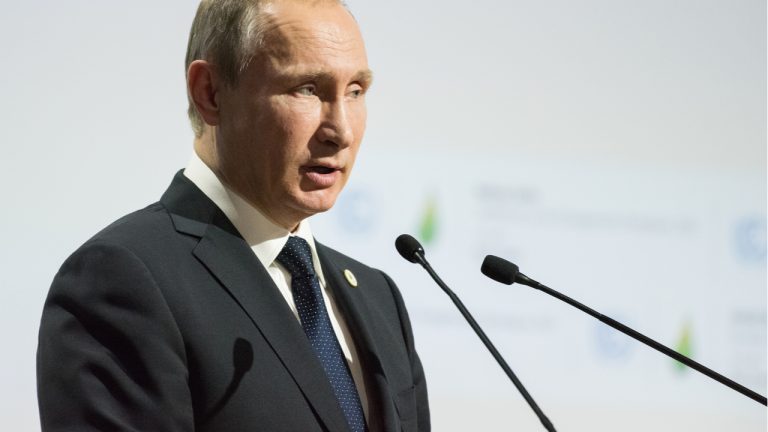 The Russian President held a meeting with the attorney general’s office where cryptocurrencies came to the discussion table. Vladimir Putin raised red flags toward taking measures to prevent illegal activities on cross-border transfers with cryptos.

According to a transcript made public on the Kremlin’s official site, Putin considered that the General Prosecutor’s Office should keep engaged in strengthening financial monitoring. That being said, the Russian President pointed directly to cryptocurrencies:

There is one more point — quite new, but essential: to take additional measures to suppress the illegal cross-border movement of funds of digital financial assets. Criminal elements are increasingly using these digital financial assets, and this certainly needs to be paid close attention to with colleagues from other departments, including Financial Monitoring.

Financial Monitoring, or Rosfinmonitoring, is the Russian government agency responsible for overseeing all anti-money laundering-related matters in the country.

Per the Kremlin press office, Putin’s meeting held with the attorney general’s office was done to review the results of their work in 2020.

In the last few months, the Russian President has been active within the crypto sphere regarding regulatory affairs. Putin signed into law on August 2020 the bill that regulates digital financial asset (DFA) transactions.

One of the mandates stipulates that individuals and legal entities in Russia will only be able to challenge crypto transactions in court if they have declared these transactions and their possession of cryptos.

It was approved by the State Duma, the lower house of the Russian parliament, on July 22 and by the Federation Council on July 24. The law came into force on Jan. 1, 2021.

Also, in December 2020, Putin signed an order compelling the country’s government workers to disclose their cryptocurrency holdings. The decree stipulates that employees must submit details of where they bought the digital assets and the value thereof by June 30, 2021.

What do you think about the warning raised by Vladimir Putin? Let us know in the comments section below.