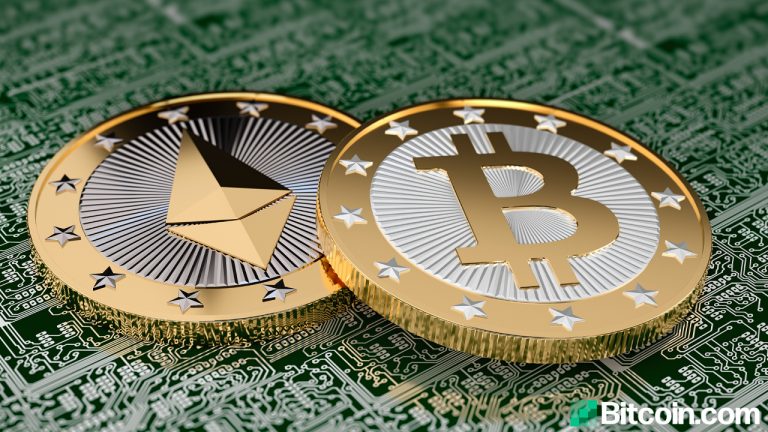 Following the recently published survey by Mizuho Securities that estimates roughly $24 billion from the $380 billion in direct stimulus checks will go toward bitcoin, a Harris Poll was released that estimates around 1 in 10 Americans have used stimulus checks to invest in cryptocurrencies like bitcoin and ethereum.

Three days ago, Bitcoin.com reported on a poll that was published by the Japanese banking firm Mizuho Securities. The study polled 235 individuals who make less than $150,000 annually. The survey’s responses had shown that $40 billion out of the $380 billion in direct stimulus would go toward bitcoin and stocks. $24 billion out of the aggregate or 60% would possibly flow into bitcoin (BTC), Mizuho’s survey noted. Now a new survey has been published by the Harris Poll, otherwise known as Harris Insights, which claims 1 in 10 U.S. citizens have used their stimulus checks to invest in cryptocurrencies.

The Harris Poll American market research and analytics company is a reputable pollster that was created back in 1963. The company has monitored the sentiment, behaviors, and motivations of U.S.-based adults for 56 years. The survey that shows a tenth of Americans who are eligible for stimulus will buy bitcoin (BTC) or ethereum (ETH) was recorded on March 12-15, 2021. Yahoo Finance also participated in the poll which is also 4x times larger than the Mizuho survey as the Harris Poll surveyed 1,052 Americans ages 18 and older.

A recent study finds that about 15% of Americans who received the last two stimulus checks invested part or all of the money from those checks, and about half of this group invested specifically in cryptocurrencies like bitcoin and ethereum.

There’s been an uptick of those willing to invest in cryptocurrencies since the last two stimulus checks. More are willing to toss the money at “experimental investing” and it coincides with the increasing number of Americans spending stimulus on non-essentials, the Harris Poll survey notes. Three significant trends were noticed, the increasing of Americans hoarding the funds in savings for a rainy day, investing funds in cryptos like BTC and ETH, and non-essential spending habits such as purchasing entertainment and electronics.

52% of the Americans surveyed said that compared to before the Covid-19 pandemic, household finances have not changed. One in five participants said that their economic situation has improved in comparison to before the pandemic hit. 29% detail that their financial situations have worsened since the initial Covid-19 outbreak. The biggest spending trends included necessities like rent, mortgages, and groceries (43%), while 36% put the money aside for savings. A grand total of 15% used the money to invest in things like stocks and crypto-assets. Crypto asset investments with stimulus money accounted for 7% of the survey responses.

“It’s clear, though, that right now, getting back to spending is not the sole focus for Americans,” the Harris Poll author details. “Although most of those who expect to receive the next stimulus payment do see themselves in need, a large plurality plan to put at least some of the money into their savings (40%) or invest the funds (17%). Of those who plan to invest money from the new stimulus check, 41% plan to invest in cryptocurrencies,” the Harris Insights survey emphasizes.