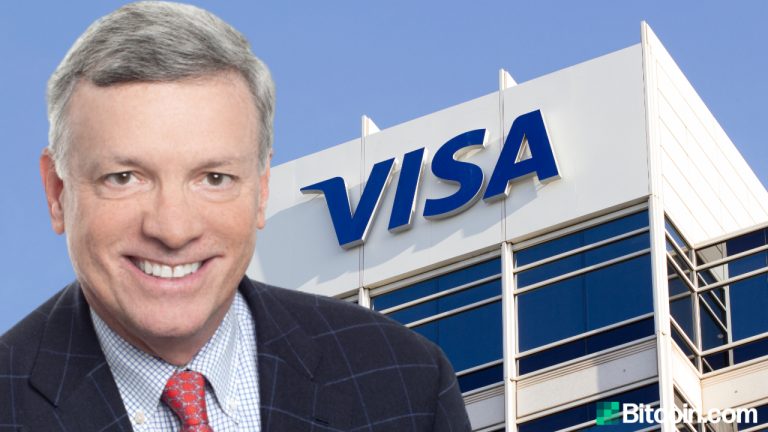 In the Leadership Next podcast with Alan Murray and Ellen McGirt published Tuesday, Visa CEO Al Kelly talked about bitcoin and his company’s cryptocurrency strategy. Given the recent rise in the price of bitcoin, he was asked what it means for his credit card business.

“I would like to divide crypto into two buckets,” Kelly began. “One is the more speculative asset” or “digital gold,” he explained, adding that he put bitcoin in this category. The CEO elaborated:

In that category, we are trying to do two things. One is enable the purchase of bitcoin on Visa credentials.

Secondly, Visa is “working with some bitcoin wallets to allow bitcoin to be translated into a fiat currency and therefore immediately be able to be used at any of the 70 million places around the world where Visa is accepted,” Kelly added.

“The other category of crypto is digital currencies,” he continued, adding:

There, we see a strong potential for those to become a new payment vehicle. In fact, it could be an accelerant in some of the emerging markets as we look around the world.

He proceeded to reveal that Visa is “working with lots of players” in this category. “There are about 35 different players we are working with,” he specified, clarifying that “These are currencies that are fiat-backed [stablecoins].”

His statement echoes what Visa explained in its Q1 2021 earnings call. “Our strategy here is to work with wallets and exchanges to enable users to purchase these currencies using their Visa credentials or to cash out onto our Visa credentials to make a fiat purchase at any of the 70 million merchants where Visa is accepted globally,” the company informed its shareholders.

During Tuesday’s podcast, Kelly was also asked where Visa stands given that cryptocurrency is used to lower the cost of transactions, so users do not have to pay as much to Visa and Mastercard as they do today.

“The thing about our business that I actually like is that we don’t pick winners and losers,” he described. “As you and I sit here and talk today, I don’t know to what degree cryptocurrencies are going to take off. Are we going to say in five years that it was a fad and it was not a big deal? Or is it going to be extremely mainstream? I’m not smart enough to know but what I am smart enough to do is make sure that our company is in the middle of it today so that if it takes off, we are in the middle of helping move that money.”

He then compared Visa’s business model today to how it was previously, clarifying that Visa used to be all about people using its products to buy and sell goods and services. “Today we made the company a company all about money movement globally so any kind of funds that are going to flow, we want to be in the middle of that,” he affirmed, emphasizing:

If it takes off and we can get our fair share or more of the volume because we anticipate this possibly could take off and become a big deal, we certainly want to be prepared for that, and I think we are off to a very good start.

What do you think about Visa’s bitcoin strategies? Let us know in the comments section below.