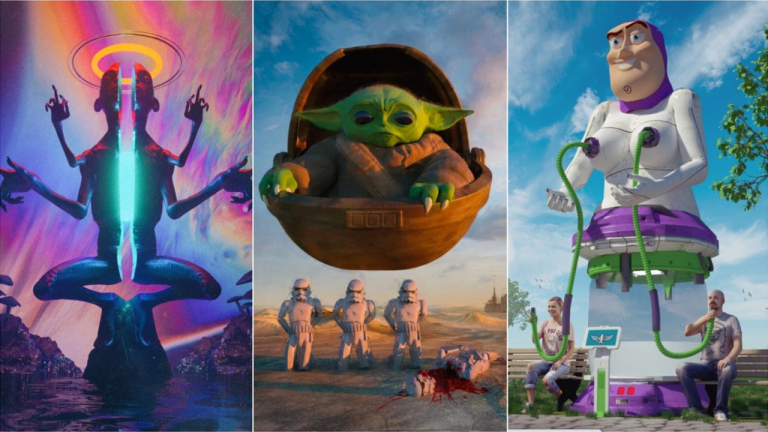 Beeple, who addresses climate issues by framing the environment as fighting against mankind in its work, now ranks as one of the most valuable living artists alive after becoming the most commercially successful NFT artist.

As interest in these works expands, the NFT space’s champions are harnessing this growing public interest to back environmental causes through a charity auction. Social Alpha Foundation(SAF), the brainchild of co-founders Jehan Chu and Nydia Zhang, will be hosting a charity auction in collaboration with Nifty Gateway to bring more attention to the environmental impact of NFTs and the larger blockchain ecosystem.

Render Network (RNDR), the auction’s sponsor, will donate carbon credits designed to offset the 500-ton carbon footprint that underpins the auction’s production. Moreover, the artists have committed to reducing and offsetting their footprints to show stewardship in the global battle against climate change.

100% of the auction’s proceeds will be donated to Open Earth Foundation, a non-profit blockchain initiative developing open-source technologies designed to address the environment’s most pressing issues and account for the human impact.

Proof-of-work (PoW) blockchains, such as Ethereum and Bitcoin, have long been the environmental activists’ target due to the immense volumes of energy needed to run these networks. NFTs have also come under fire for similar reasons. Accordingly, this auction will showcase the artists’ efforts to take inventory of their artworks’ environmental impact.

Bitcoin.com’s newsdesk reached out to the organizers of this auction with the following question:

Don’t you feel there is an inherent paradox in environmentally unfriendly NFTs being auctioned for environmental causes? Instead of crediting back the 500-ton carbon footprint, wouldn’t it have made more sense to just not create these NFTs?

What is environmentally unfriendly is not the NFTs, it’s the PoW algo of Ethereum and Bitcoin. With that said, Ethereum and Bitcoin have ushered in very important disruptive innovations, but they need time to evolve. Climate action requires a transition. When we negotiate on climate, we gather at the UN and everyone has to take a flight – which emits a lot more than NFT Art. If we don’t start pushing the boundaries and showcase the merits of NFT Art on the existing platforms, then where do we start?

What do you think of the environmental cost of NFT – worth it or not? Let us know in the comments section below.