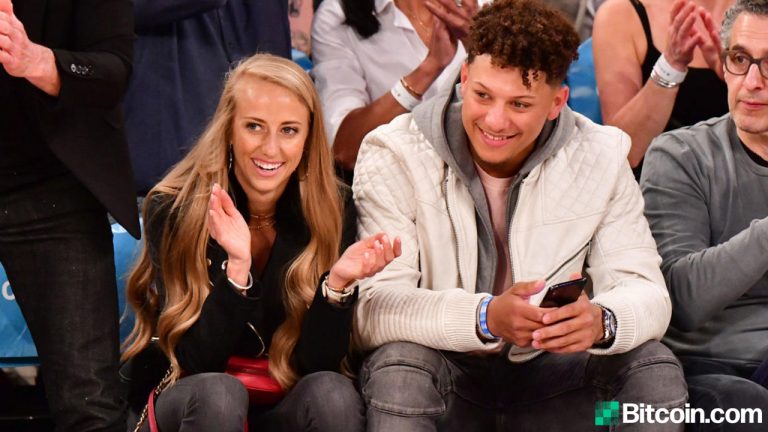 In 2021, celebrities have been flocking to the cryptocurrency space in great numbers, and the non-fungible token (NFT) asset craze has swelled with luminaries as well. During the last few weeks, musicians, artists, professional sports players, and more have dipped their toes into the NFT ecosystem.

Celebs Have Noticed the NFT Hype and Want In

Data from nonfungible.com’s market history shows that there’s been 27,850 non-fungible token (NFT) asset sales in the last seven days. The 27,850 sales had settled for $42 million and the average price per NFT sale was $1,520 using March 14, 2021 stats. Now nearly every single day, there’s a new NFT milestone sale, a new celebrity creating an NFT, and a myriad of new NFT markets. The NFT hype also comes with significant controversy as well due to how these pictures, music files, and other types of collectibles are stored. In March, the NFT hoopla has spurred a decent number of celebrities to drop their own non-fungible token assets.

For instance, the NFT market Makersplace has announced that the number one player in the NFL, Kansas City Chiefs quarterback Patrick Mahomes, plans to drop a collection of NFTs.

Mahomes is very popular and in the 2019–20 playoffs, Mahomes led the Chiefs to Super Bowl LIV and the Chiefs beat the San Francisco 49ers. On March 17th at 3:30 p.m. (PST) on Makersplace, Mahomes will launch a collection of NFTs that are “centered around significant moments in Mahomes life.”

“Mahomes’ colossal impact on our culture, particularly in the United States, is undeniable,” the Makersplace team said. “One of the greatest quarterbacks of all time, Mahomes’ reach extends beyond sports, acting as a source of inspiration for all. With this Drop, he will reveal another dimension of himself that the world has yet to see. We are excited to introduce the world to this new side of Mahomes and to allow fans to own a part of his legacy.”

“The crown jewel of the drop will be a rare 1-of-1 Rob Gronkowski Career Highlight Refractor Card, which includes a meet and greet with ‘Gronk’ and tickets to one of his games next season,” the Opensea description notes. The Rob Gronkowski NFT collection has sold for over $1.75 million in ETH on the marketplace. The “Gronkowski Career Highlight Refractor Card” sale closed at 7 p.m. (ET) on Sunday evening.

The Gronk NFT card sale’s aggregate total saw an average of $5k per card, and Gronkowski’s NFT debut was highest sale of an individual NFT by an athlete in history ($433k).

Just recently, the band Kings of Leon released their latest album “When You See Yourself,” which includes NFTs that reveal exclusive album artwork and also the “Golden Eye” vinyl LP. The band worked with the blockchain technology company Yellow Heart and statistics show the Kings of Leon NFTs have already raised $2 million from NFTs since the album launched on March 5. $500k of the NFT funds have already been donated to Live Nation’s Crew Nation, which helps support music crews during the Covid-19 pandemic.

Last Wednesday, the multi-platinum recording artist Lil Pump dropped a collection of NFTs as well via the Sweet platform. Moreover, with the new collection of NFTs, Lil Pump released a rare “Esskeetit Diamond VVS” NFT asset that aims to replicate the look of one of the pieces in the American rapper’s multi-million dollar jewelry collection.

“This is the future. Now you can live like me and own a rare NFT collectible of one of my favorite chains,” Lil Pump commented.

In addition to Lil Pump, the Russian conceptual artist, political activist, and founder of Pussy Riot, Nadya Tolokonnikova, has also stepped into the non-fungible token (NFT) asset world. The artist has released a new video for her latest single “PANIC ATTACK,” which was directed by award-winning AR creator Asad J. Malik and produced by his hologram company, Jadu.

Tolokonnikova’s single was also released in a series of four NFTs and collectors can purchase them on Foundation. Proceeds from the NFTs will be donated to a shelter for victims of domestic violence in Russia that Pussy Riot has supported since April 2020.

A collaboration of celebrities doing an NFT sale together also includes the renowned Street Artist Alec Monopoly and Latin superstar, Ozuna. Together with the celebrity art dealer Avery Andon, the group will launch standalone “Artgrails.” The Artgrails’ listed assets are limited edition NFTs, and the website artgrails.com explains that “all releases implement Queue-It technology.” This means that the protocol fights against bots and protects the marketplace from server overloads. The market, like Makersplace and Opensea, connects with the Web3 ethereum (ETH)-based wallet Metamask.

It is likely that more celebrities, musicians, and professional athletes will jump on the NFT bandwagon. Although it is hard to say whether or not, the NFT ecosystem, or even parts of it, may fade away into non-existence. NFT proponents are betting that non-fungible token assets will continue to transform a myriad of industries and reshape the landscape. Celebrities are also seeing the vast amounts of money flowing into the NFT space, and it essentially can tell a socialite what their tokenized name is truly worth.

What do you think about all the celebrities getting involved with the non-fungible token (NFT) asset space? Let us know what you think about this subject in the comments section below.