The Congolese Mountain of Gold: Surprise Discovery in Africa Shows Metal’s Scarcity Is Hard to Prove

The Congolese Mountain of Gold: Surprise Discovery in Africa Shows Metal’s Scarcity Is Hard to Prove 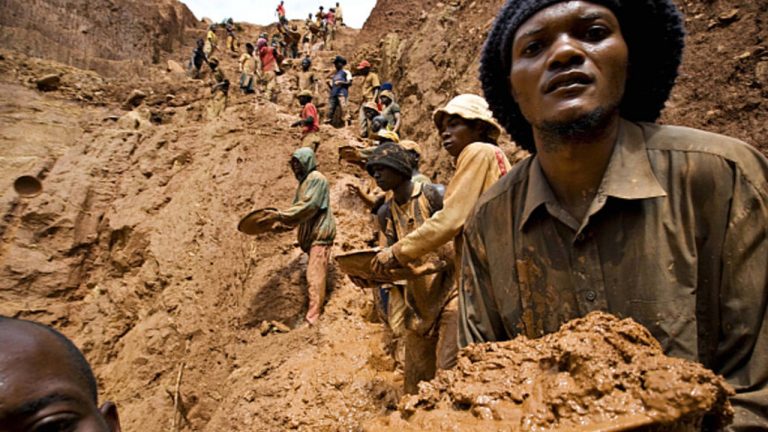 A myriad of gold bugs like to compliment the yellow precious metal for its ostensible scarcity, as estimates say only 2,500 to 3,000 tons of new gold is produced annually. While new gold discoveries have seemingly slowed, investigative studies also show that in some areas, gold is being smuggled into the economy by the ton, and often never accounted for as far as per annum issuance estimates. Recently, reports show a whole mountain of gold was discovered in the Congo, as the Democratic Republic of the Congo is well known for being a region that sees tons of smuggled gold filtered into the global financial system unreported.

It has always been said that the precious metal gold (Au) is scarce, and some reports even say that gold mining on earth will end by the year 2050. Additionally, estimates also show that there’s roughly 2,500 to 3,000 tons of new gold that is accounted for and enters into the financial economy every single year.

However, one unfortunate thing for those who believe gold is very scarce is the fact that surprise discoveries happen all the time. Lots of these gold discoveries go unaccounted for exceeding the so-called 3,000 tons of new gold dug up every year.

Surprise gold deposit finds and underreported issuance by artisanal miners also make it hard to prove gold is truly scarce. For example at the end of October 2020, Bitcoin.com’s newsdesk reported on a surprise find of approximately 40 million troy ounces of gold in Russia’s Siberian region. The only reason the public hears about these discoveries, is if the gold find was discovered by local media sources. For instance, in August last year, the historical region of Central Europe, situated in Poland and called Silesia, suddenly saw the discovery of 5,000 tons of new gold.

The massive gold deposits found in the Silesian village of course was taken over by the country’s Ministry of the Environment. The 350 residents that live in Silesia had zero rights to the tonnage, but the news caused wider interest in the region. The news reporter, Anne Chatham, explained that no date was set to begin mining the ore, but local people “expressed their hopes that the discovery will benefit the region or attract tourists.”

During the first week of March 2021, a Yemeni freelance journalist based in the capital Sana’a, Ahmad Algohbary, reported on a massive mountain of gold discovered in the Congo. There are no confirmed estimates as to how much gold was found in the region, but the country’s authorities banned artisanal mining throughout the Congo’s South Kivu province.

“A video from the Republic of the Congo documents the biggest surprise for some villagers in this country, as an entire mountain filled with gold was discovered,” Algohbary tweeted. “They dig the soil inside the gold deposits and take them to their homes in order to wash the dirt [and] extract the gold.”

Algohbary shared another video of residents from the Republic of the Congo panning for gold and finding significantly-sized deposits from the mountain.

The issue with gold deposits in areas like the Congo is that a recent United Nations (UN) report has found gold production in the Democratic Republic of Congo “continues to be systematically underreported.”

The recent UN report says the Congo and other countries alongside the eastern border have been known to be major gold regions worth billions. The gold is being mined out of the earth by what people call “artisanal” miners. It has been said that artisanal miners mine by rudimentary means like using shovels in contrast to major operations with powered excavators. Massive amounts of gold in the Congo alone filters into the financial system underreported, and derive from regions like the provincial capital of Bukavu, Ituri province, and Luhihi.

Bitcoin Is Scarcer Than Gold and This Can be Proven in Code, Gold Scarcity Based on Faith and Unreliable Estimates

The mountain of gold discovered during the first week of March stemmed from Luhihi, and caused a significant gold rush of shovelers and artisanal miners. The gold mountain invoked thousands of people to swarm the village in the Congo’s South Kivu province. South Kivu’s Minister, Venant Burume Muhigirwa, said the gold rush added pressure to the small village of residents. Muhigirwa and local authorities forced artisanal miners and even members of Congo’s armed forces (FARDC) to leave the mountain of gold.

“All mining activities were suspended until further notice,” Muhigirwa said.

The stories and the recent UN report, ultimately show that the shiny, yellow precious metal called gold (Au) may not be as rare as we think it is or are led to believe.

Discoveries like the mountain of gold in the Congo and the 5,000 tons found in the Silesian village in August, indicate that massive gold deposits are found regularly and lots of gold finds are systematically underreported. The digital asset bitcoin (BTC) protocol, on the other hand, is known to have a maximum supply limit of 21 million. A crypto-asset like BTC is considered a lot scarcer than gold, and the protocol ensures there won’t be any surprise discoveries or underreported issuance.

New and massively sized gold deposits found in regions all around the world, not to mention the untapped ore under the ocean (20 million tons) and the gold that could be mined from asteroids, makes it awfully hard for someone to prove that gold is the scarcer asset in comparison to bitcoin.

NASA (National Aeronautics and Space Administration) has recently been contemplating building a spacecraft called the “Psyche.” The spacecraft aims to capture images of a metal-rock asteroid dubbed “16 Psyche.” The 226-kilometer wide asteroid is made of gold and other metals with an estimated value of around 10,000 quadrillion-dollars.