VulcanVerse Takes NFTs to Next Level With Amazing Graphics, Gameplay and Lore

VulcanVerse Takes NFTs to Next Level With Amazing Graphics, Gameplay and Lore 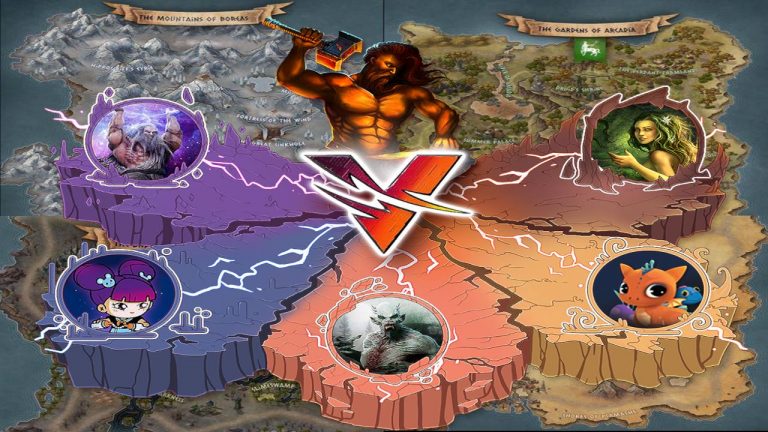 The NFT industry has been exploding recently with all types of artists, sports brands and gaming companies joining the party. As a result, the top 100 NFT tokens by market cap are now worth well over $7 billion. However, many of the options in the segment offer simplistic game mechanics and a rather shallow experience. VulcanVerse shows how an NFT based game should be done, with amazing graphics, entertaining gameplay, a play-to-earn economy and a rich lore backed by professional authors.

Enter the VulcanVerse for Next Level NFT Gaming

The game is developed by Vulcan Forged, a multi-dApp platform, game studio, launchpad and a top volume NFT marketplace with more than 12,000 users and over $6 million in NFT trading volume. The company prides itself on removing gas and crypto for game developers using its platform and offers support to any third-party with a simple idea wanting to turn it into reality. Vulcan Forged has an enormous community of gamers, developers and streamers.

Last year it was revealed that the rich story and lore of the VulcanVerse universe is backed by the professional authors of Fabled Lands, Fighting Fantasy and Way of the Tiger. These artists bring their rich experience in writing popular role-playing and choose-your-own-adventure gamebooks to create a fascinating universe like no other in the blockchain game market.

Many popular games these days are based on the pay-to-win or freemium business models that are designed to make gamers waste as much money as possible. In sharp contrast, VulcanVerse uses blockchain technology, NFTs and DeFi elements to empower its gamers to actually earn as they play and create in the virtual environment. For example, users can create their own quests for others to enjoy and thus earn rewards.

In January 2021, Vulcan Forged and Matic have announced a cross-chain partnership to launch their ecosystem-wide token PYR. The token will be used in fee settlement, staking, defi game launchpads, play-to-earn benefits, gaming platform pools and discounted marketplace usage. PYR is a deflationary token, where on every PYR transaction, 10% will be sent to reward pools, and 5% used to buy-back and lock supply. PYR tokens can be used as a lock up token to stake and earn within the gaming ecosystem.

To learn more about the game and join the fun visit VulcanVerse.com.

This is a sponsored post. Learn how to reach our audience here. Read disclaimer below.