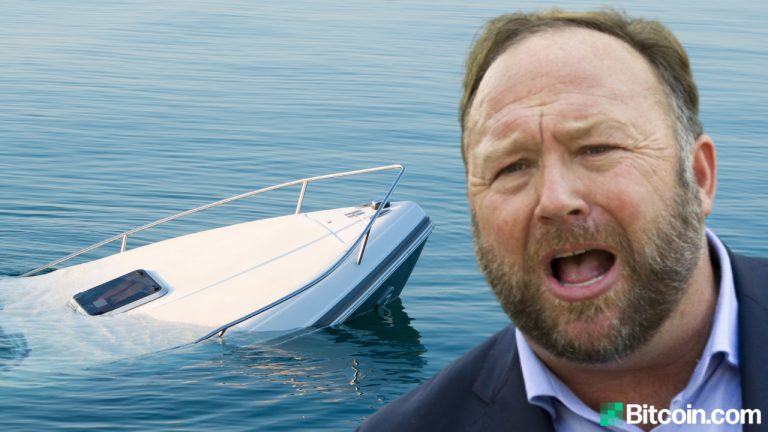 The controversial host of Infowars and the Alex Jones Show claims that he has lost a laptop containing 10,000 bitcoins. The laptop was given to him by popular television personality Max Keiser, who confirmed the story.

Alex Jones, the founder of the right-wing media group Infowars, has revealed that he has lost the laptop containing 10,000 bitcoins given to him by television personality and bitcoin proponent Max Keiser. During the Flagrant 2 show with Andrew Schulz and Akaash Singh on Tuesday, he said that Keiser gave him 10K BTC on a laptop 10 years ago.

A long-time bitcoin critic, Jones refused to warm up to cryptocurrencies until mid-February last year, when he admitted to Keiser on-air: “You’re right, I should have gotten involved in bitcoin a long time ago.” At that time, Keiser predicted that the price of bitcoin would reach $400K.

During Tuesday’s show, Jones shared: “Ten years ago … Max Keiser comes to me and he says I have 10,000 bitcoins for you. This is the future. It will be the new global currency. He is on record.” However, Jones claimed:

Schulz immediately helped Jones calculate how much his bitcoins would have been worth. Rounding up the price of bitcoin, he estimated that 10,000 BTC would be worth about $500 million. “You fucking idiot. Find that laptop,” Schulz said laughingly. At the request of Jones, Schulz got up and lightly slapped him twice. “I deserve it,” Jones exclaimed while everyone on the set laughed.

At the time of writing, the price of bitcoin is $56,200 and Jones’ lost BTC would have been worth more than $562 million.

Max Keiser Confirmed He Did Give Jones 10K Bitcoins

“I swear to God this is real. I didn’t know Keiser was like hooked up with Putin and the Easter Bunny,” Jones further said on the show.

Keiser subsequently confirmed that he did indeed give Jones a laptop containing 10K BTC. “Yep. The price was under $5 at the time,” he emphasized, adding that Jones’ story is “One of the most startling chapters in bitcoin.” Keiser then opined:

Do you think Alex Jones really lost his laptop with 10K bitcoins on it? Let us know in the comments section below.