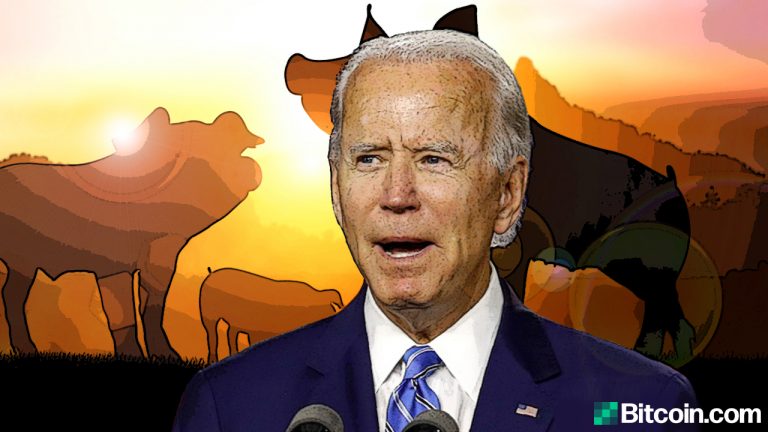 On Saturday, politicians in the U.S. approved the massive $1.9 trillion Covid-19 relief package dubbed President Biden’s “American Rescue Plan.” The stimulus plan will see American citizens earning $75k or less eligible to receive $1,400. Moreover, households will get an additional $1,400 for every dependent child claimed. Despite the direct cash payments, Biden’s American Rescue Plan is also filled with pork-barrel items that have nothing to do with coronavirus relief.

Americans are expecting a third stimulus check in the near future, after members of the U.S. Congress approved the $1.9 trillion relief package called the “American Rescue Plan.” The 628 page bill worth nearly two trillion U.S. dollars will see American citizens get the largest cash payments to-date.

The bill’s pages outline that individual Americans who earn $75,000 per year or less will get a payment for $1,400. American couples will get a check worth $2,800 if they make $150k or less per year. In addition to this, U.S. households will get an additional $1,400 per child dependent that is claimed on their income tax filings.

Estimates also show that all the direct payments to American citizens and households will cost roughly $422 billion. Furthermore, Biden’s American Rescue Plan includes $246 billion dedicated to the weekly unemployment supplement that will last up until August 29, 2021. This money will also be leveraged for an extension of programs that may provide even more people with unemployment benefits.

There’s also the “Child Care Tax Credit” that households can use to get a refund on daycare and the estimated cost for this section is around $143 billion. Another $8 billion will go toward subsidizing COBRA coverage, and $45 billion toward the expansion of Affordable Care Act subsidies.

There are a number of other benefits ordinary citizens will get from the third stimulus like nutrition assistance programs that help needy Americans with food assistance in place of school lunch. However, the American Rescue Plan stimulus also has a load of pork barrel funds that will feed hungry politicians, as they certainly could be deemed entirely unnecessary in the eyes of taxpayers.

Billions of Dollars Will Fund Museums, a Bridge Connecting Canada to New York, and Environmental Protection

The metaphor “pork barrel” is a term appropriated for government spending that uses funds for localized projects and unwarranted proposals in order to bolster a bureaucrat’s specific district. Pork is also referred to as a type of government spending that is completely wasteful and not legitimized by the American populace. Typically pork funding is stuffed into massive bills like this one and the last two stimulus packages. The third stimulus package, worth $1.9 trillion, is no different than the last two as it is loaded with pork.

For instance, the appropriation of $480 million will go to museums (many of which have been closed to the public) and Native American language preservation. $50 million is being dedicated to organizations similar to Planned Parenthood, as it will give grants for family planning operations.

However, the stimulus bill does not mention anywhere in the bill’s text what organization will get the Planned Parenthood funding. Transportation and infrastructure will get $90 billion, as the government plans to dole out stimulus payments to transit agencies, airports and aviation manufacturers, and the railway operator Amtrak.

Americans are not too pleased with the transportation funding, as Amtrak will get $1.5 billion and the company allegedly still has $1 billion in unspent funding from the last relief bills. For some reason, American bureaucrats also think building a bridge connecting Canada to New York is some sort of Covid-19 relief.

Despite the fact that it clearly is not related to Covid-19, $1.5 million is being sent to the Great Lakes St. Lawrence Seaway Development Corp. for this bridge project. Airlines can freeze layoffs up until September 2021 as well, because airline firms and contractors will get around $12 billion to help curb the forecasted layoffs.

$50 million will be leveraged for environmental justice grants which will align with President “Tackling the Climate Crisis at Home and Abroad” executive order. The funding will be appropriated to the Environmental Protection Agency, according to the bill’s text. The latest Covid-19 stimulus bill also bans USPS vape shipping for some reason.

They could have at least waited til I was done working out. https://t.co/fue3jk1MU2 pic.twitter.com/xf4QYeQXUj

The Twitter account dubbed ‘Oilfield Rando’ wrote a scathing critique of the latest stimulus bill that claims to “shower money on Americans” in need. Rando explains that $300 million is dedicated to “Covid animal surveillance” and “a cool billion for outreach programs for the ‘socially disadvantaged farmers and ranchers.’” $25,000,000 for the [Agriculture] Secretary to spend on modernizing electronic services,” Rando notes. “Gonna be a whole lot more folks on food stamps, reckon we gotta make the website prettier,” he added.

The government plans to give $128 billion to the U.S. teacher’s unions, even though most of them “refuse to reopen schools,” Rando scathes. Despite, loads of unwarranted pork-barrel spending, mainstream media outlets continue to laud Biden’s relief bill and actually claim the President “showers money on Americans.” 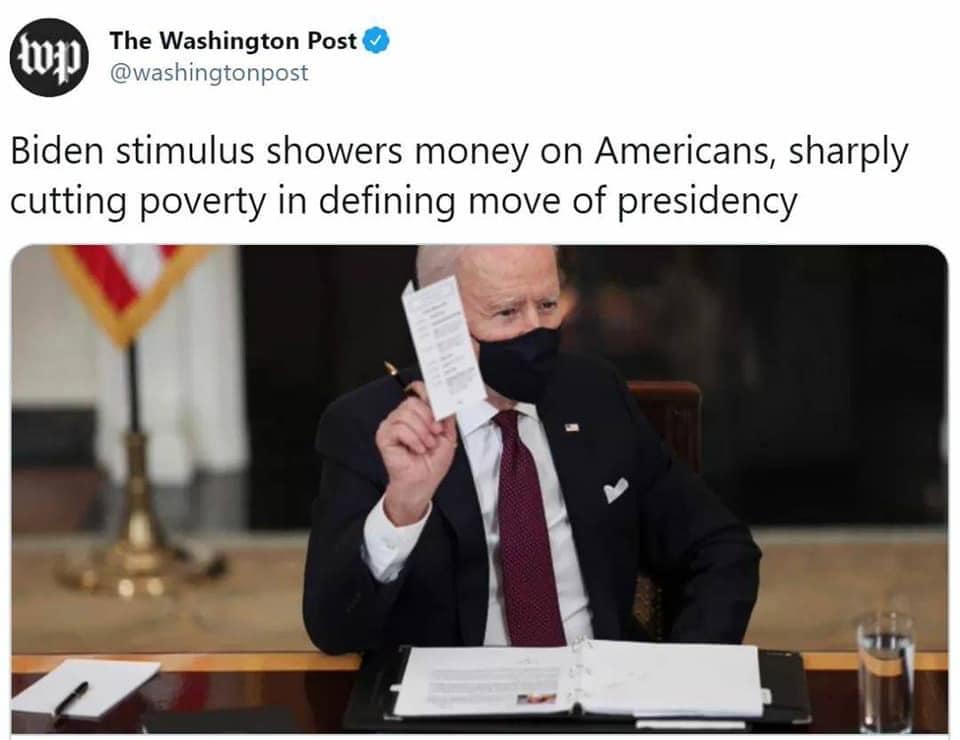 Rando also laughs at the $150 million being funneled to MSHA, OSHA, and all the other federal regulatory entities that will crack down on U.S. businesses.

“[A] $15 billion Child Care and Development block grant. Wowza,” Rando details. “$4.5 billion to pay the power/gas bills for public housing. [It] May not be enough considering how high this admin wants to make them,” the Twitter account said.

$852 million will be distributed to the Corporation for national and community service. “How many hundreds of millions did they get in the last Bill?” Rando jokingly asked. “[$1 billion] to tell people that the vaccine isn’t going to turn them into a lizard person. Simply incredible. A straight-up slush fund for PR firms,” Rando said.

$500 million will go to upgrading the CDC’s public health surveillance capabilities. $250 million to strike teams that are deployed to Covid hospitals and $100 million for the EPA to address “health outcome disparities from pollution and the COVID pandemic.”

$50,000,000 for ‘environmental justice’ and ‘tackling the climate crisis’ $50,000,000 for the clean air act. Drum roll please, here comes the blue state bailout… [$219.8 billion] for states that drove themselves into the ground with onerous lockdowns, ridiculous pension programs, and unjustifiable government salaries. 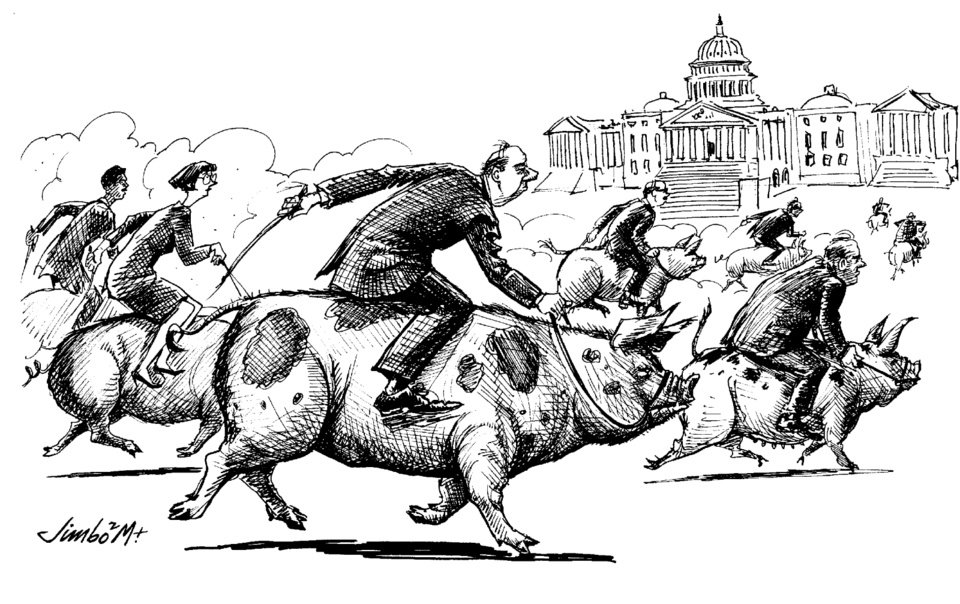 Another $30 billion will be directed toward Federal Transit Administration (FTA) grants. After Oilfield Rando combed through the 628 pages of the “American Rescue Plan,” he ended his thread by saying:

All of the aforementioned funding is written in black and white text, and all the unwarranted spending schemes will take place whether Americans like it or not. Because the direct cash payments are being dangled like a carrot on a string, it seems that many Americans simply just don’t care what’s inside these bills. Let alone, all the intergenerational debt and inflation that comes with it.