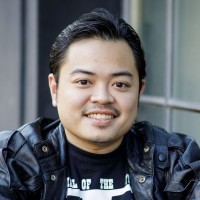 Sovryn, a Bitcoin-based DeFi protocol, has announced that the Origin presale of its governance token SOV, has raised the equivalent of 10 million USD at a price of 9736 sats per SOV at current prices.

The presale close takes the total digital asset funds raised by Sovryn to $16 million. Further, this raise has allowed the leveraging of Immunefi to run one of the largest single bug bounty rewards in history; offering white hat hackers up to $1.25 million to uncover critical bugs relating to the Sovryn smart contract.

“Throughout the proposal drafting process for SIP-8, the Sovryn team and community have provided valuable feedback and sharing ideas on how to improve the program. This clear communication enabled us to achieve a 100% approval rate on our proposal from all in the community who voted, which was a true honor. We are sure the Sovryn network will become more secure through the existence of this bug bounty program, by incentivizing whitehats to look through the code as well as incentivizing blackhats to disclose bugs, instead of exploiting them.”
– Immunefi Co-Founder, Travin Keith

Origin’s presale allowed participants from the Sovryn community to deposit up to 0.1 BTC; with over 3,000 Sovryn protocol supporters participating in a sale that was orchestrated to allow for maximum participation. The wide distribution of SOV tokens enables the realization of the decentralized governance system which is the ultimate aim of the Sovryn project.

Bitcoin’s community has always placed a strong emphasis on security. Where other DeFi projects only audit once, at product launch, Sovryn audits on an ongoing basis. Sovryn is secured by merge-mining with the Bitcoin blockchain and the attention to security runs through the heart of the Sovryn mission. The latest deployment of the bug bounty program on Immunefi with a maximum payout of $1.25 million for catastrophic bugs in its first week builds on an existing regime of rigorous penetration testing and biweekly internal and external technology audits.

“The Sovryn developer team/community takes security seriously and this successful presale has allowed us to take that to the next level, encouraging thousands of hackers to try to penetrate our decentralized protocol. Forged in the white-hot fire of this testing, the armor of our security will emerge all the stronger.”
– Sovryn Co-Founder, Edan Yago