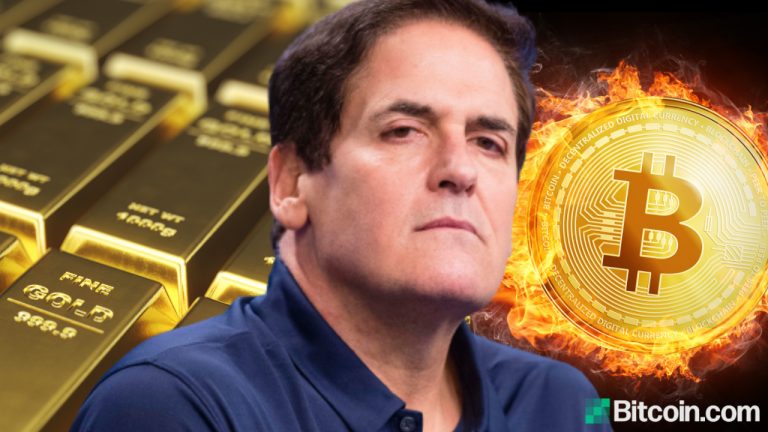 Billionaire investor and Shark Tank star Mark Cuban, once a bitcoin skeptic who preferred bananas to the cryptocurrency, now sees utility in bitcoin. He has made a case that bitcoin is better than gold, telling gold bug Peter Schiff to “move on” because “gold is dead.”

The owner of the National Basketball Association (NBA) team Dallas Mavericks, Mark Cuban, has argued that bitcoin is better than gold in response to Peter Schiff’s comments about the cryptocurrency.

Schiff tweeted this week: “Congratulations to those who bought bitcoin early, pumped up the price, and who’ve been dumping into the hype. You succeeded in getting Wall Street to buy into the mania. When I first learned about bitcoin I didn’t think smart investors would be dumb enough to buy. I was wrong.” Cuban responded:

Let me help Peter. Gold is hyped as much as crypto. Do we really need gold jewelry? Gold can make you a ring. BTC/ETH are technologies that can make you a banker, allow friction free exchange of value and are extensible into an unlimited range of biz and personal applications.

Schiff swiftly replied: “Mark, a lot of your athletes wear gold jewelry. Ask them why. Gold has many uses outside of jewelry that contribute to its value as a metal. It’s not hyped at all. Gold is money. Bitcoin is 100% hype. It’s nothing.”

The Shark Tank star further argued: “What we are seeing built w/crypto today is just proof of concept. As tech continues to get better/cheaper/faster there will be new applications and maybe even something that supersedes what we know as crypto today.”

He proceeded to compare crypto to gold. “But gold won’t ever change. Which is why it will die as a SOV [store of value],” Cuban told Schiff.

In addition, he emphasized: “Don’t forget, gold was a SOV built on technology. From picks and shovels to mining operations that keep trying to improve. Whoever could use the tech of the day to find and mine the most efficiently was the most rewarded. Much like crypto is today.” The Dallas Mavericks owner concluded:

Gold is dead Peter. Move on.

Refusing to concede, Schiff insisted that gold is superior to bitcoin. He even commented in a separate tweet that Cuban “should have stuck with bananas,” stating that the Shark Tank star “only changed his mind because the price went up and more people were foolish enough to buy it. There is no new information. It’s the same bubble it always was, only bigger.”

Cuban used to be a bitcoin skeptic, preferring bananas to bitcoin because he claimed he could at least eat a banana. Responding to a comment on Twitter about his previous stance on BTC, Cuban explained: “What I said a couple of years ago was that it wasn’t a currency and didn’t have any immediate utility. Unlike a banana that I could eat.” He further clarified:

What has changed is De-Fi. Now BTC/ETH/others can make you your own personal banker and facilitate many other types of trx. That’s utility.

Another Shark Tank star, Kevin O’Leary, also recently changed his mind about bitcoin. O’Leary, aka Mr. Wonderful, was also a bitcoin skeptic who was worried about regulators coming down hard on cryptocurrencies. However, with the approval of two bitcoin exchange-traded funds (ETFs) in Canada, he is now a bitcoin investor, putting 3% of his portfolio in cryptocurrencies.

Do you agree with Mark Cuban? Let us know in the comments section below.