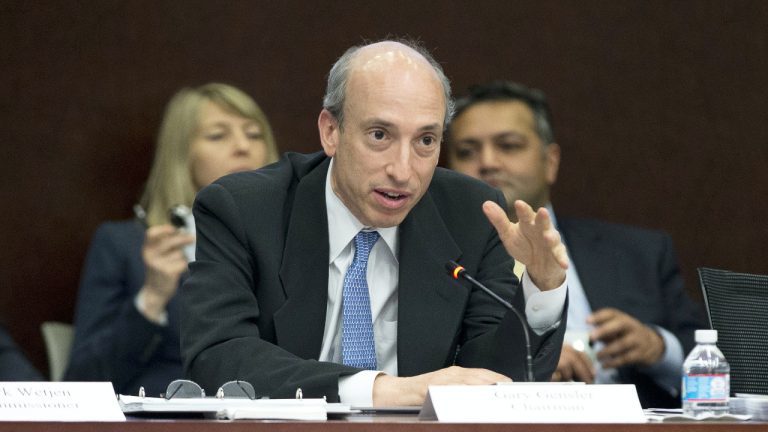 Gary Gensler, President Joe Biden’s pick to lead the U.S. Securities and Exchange Commission (SEC), has revealed his policies on bitcoin and other cryptocurrencies if confirmed as the SEC chairman. Gensler is a professor at MIT who teaches cryptocurrencies. He previously served as the chairman of the Commodity Futures Trading Commission (CFTC).

Professor Gary Gensler has spoken about what his focus will be regarding bitcoin and other cryptocurrencies if he is confirmed as chairman of the SEC. His statements were made during his confirmation hearing before the Senate Banking Committee on Tuesday.

Gensler is a professor at the MIT Sloan School of Management, where he is also co-director of Fintech@CSAIL and senior advisor to the MIT Media Lab Digital Currency Initiative. He teaches blockchain technology, digital currencies, financial technology, and public policy. Gensler is also a former Goldman Sachs partner who served as the chairman of the CFTC during the Obama administration.

At his confirmation hearing, he was asked what Congress and the SEC can do to create a more forward-thinking regulatory environment for innovators in the crypto space.

“As I teach at MIT on these subjects, these innovations have been a catalyst for change,” Gensler began, adding:

Bitcoin and other cryptocurrencies have brought new thinking to payments and financial inclusion but they’ve also raised new issues of investor protection that we still need to attend to.

“So I think, if confirmed at the SEC, I’d work with fellow commissioners to promote new innovation but also, at the core, ensure investor protection,” he continued.

Gensler clarified: “To the extent that somebody is offering an investment contract or security that’s under the SEC’s remit, and they have exchanges that operate there, then we have to make sure there’s investor protection.”

On the other hand, “If it’s not that, and it’s a commodity, as bitcoin has been deemed to be, then it’s either a question for Congress … or it’s possibly a question for the Commodity Futures Trading Commission,” he described.

Furthermore, the professor also said that the SEC must ensure that crypto markets “are free of fraud and manipulation,” elaborating:

I think that’s the greater challenge, frankly, because some markets, usually operating overseas, have been rife with fraud.

What do you think about the incoming SEC chairman’s policies on bitcoin? Let us know in the comments section below.