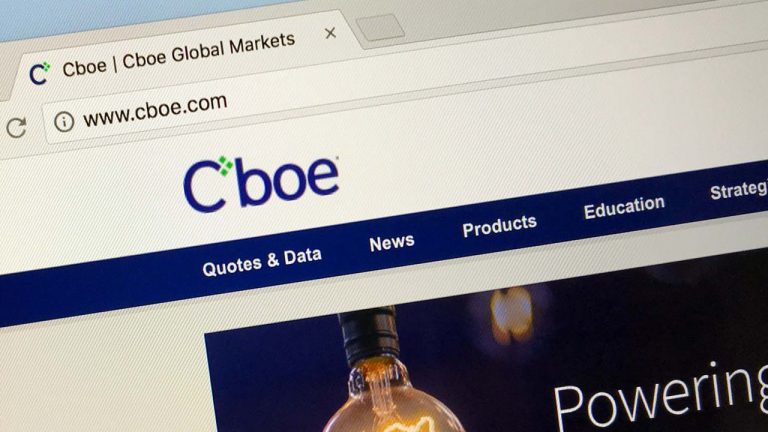 On March 1, 2021, the largest U.S. options exchange, Cboe filed a registration with the U.S. SEC in order to list shares of the Vaneck Bitcoin Trust under the ticker “BZX.” The filing written by Cboe’s associate general counsel notes that the shares may be redeemable for bitcoin (BTC). The Cboe registration is based on the Vaneck proposal the company applied for on December 30, 2020.

New York-based investment management firm Vaneck applied with the SEC at the end of 2020, following the successful listing of a crypto ETF in Europe. The announcement back in December revealed the fund’s shares would start trading on Cboe.

“The Vaneck Bitcoin Trust (the ‘Trust’) is an exchange-traded fund that issues common shares of beneficial interest (the ‘Shares’) that trade on the Cboe BZX Exchange Inc.,” Vaneck said at the time.

So far, however, U.S. financial regulators have not approved a U.S. bitcoin-based ETF and have rejected numerous filings over the years. However, last month the Evolve and Purpose bitcoin ETFs were listed in Canada and were dubbed the “first North American bitcoin ETFs.” Vaneck is also facing ETF competition, as many others have filed for a U.S.-based bitcoin exchange-traded fund in recent times.

New York Digital Investment Group (NYDIG) registered for a bitcoin ETF and named Morgan Stanley as a participant in the SEC filing. At the end of January Valkyrie Digital Assets also filed an ETF registration proposal called the Valkyrie Bitcoin Trust with hopes to list the fund on the New York Stock Exchange (NYSE).

Moreover, back in 2018, Cboe filed for a prospective bitcoin-based ETF and also initiated the first regulated bitcoin futures markets in December 2017. Both crypto projects were eventually discarded from Cboe’s playbook. In March 2019, Cboe discontinued its bitcoin-based futures and ether futures as well.

In the latest attempt with Vaneck’s prospective ETF listing, Cboe is showing it is still very much interested in the cryptocurrency industry.

What do you think about Cboe filing to list the Vaneck Bitcoin Trust if the SEC approves the ETF? Let us know what you think about this subject in the comments section below.